Bloemfontein Celtic have unveiled 3 new kits and a new title sponsor which will be used in the 2021/22 season. The former DSTV Premiership outfit will be participating in the new season of the ABC Motsepe League. 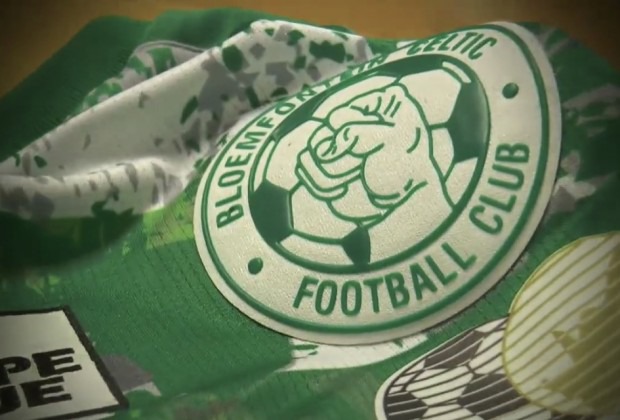 Recall that Bloemfontein Celtic sold their DStv Premiership status in August this year to former GladAfrica Championship side Royal AM and they dropped down to the third tier of South African football as the club was reborn within the status of their ABC Motsepe League franchise.

In what was a major blow to the passionate fanbase of the Free State outfit, the R50-million sale represented the end of a historic era for the Siwelele faithful, an era not many could have even thought might come to an end.

The club has been for some season struggling to maintain the club financially which is why the decision to finally sell their top-flight status was taken. Celtic was sold to MaMkhize's Royal AM and relocated to KwaZulu-Natal as a whole new club despite most of the players and the technical team being kept in the side with their jobs secured.

Local businessman Lebo Mokoena had promised to revive the club once again, but with nothing forthcoming since his announcement two months ago, the start of the new era begins on Saturday when the third tier campaign kicks off.

Twizza has partnered up as their new shirt sponsor after an extended period without one, while three new signings have already been secured to bolster their squad strength. Bruce Tani, Thokozani "Nkabinde" Hlubi and Moses "Duku Duku" Mokoena all signed two-year contracts with the new Celtic club, all of whom were contracted during their time in the top-flight.

With their top-flight experience, they will look to contribute in the resurrection of the club as they have hopes of one day return to the highest level of South African football.