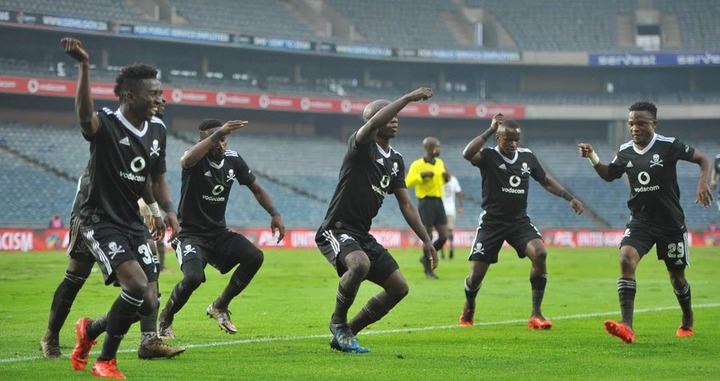 Both teams have now improved their performance for better as they are chasing the league title against Mamelodi Sundowns.

In many respects, the seasons of Soweto giants Orlando Pirates and Kaizer Chiefs have been comparable thus far.

Injuries have played a critical role, with a number of major players missing for both teams.

Both sides have struggled with unpredictability, and there have been occasions when supporters have lost patience with their current sides, only to be relieved by a few solid results.

That is exactly what happened just after Chiefs won just one of their first seven matches this season.

The Glamour Boys have progressively worked their way out of their rut after defeating Chippa United 4-0 in the middle of October, and they now appear to be a more organised and energised group.

Despite the Chilli Boys' hammering, Stuart Baxter's side has had a difficult time and still has a lot of space for development.

Although they were willing to dig deeply, work together as a team, and produce some results.

There have been hitches, such as a loss to Stellenbosch and a draw with AmaZulu, however Chiefs are standing well in second place following five victories in seven matches, with some of its key players, such as Keagan Dolly, Bernard Parker, and Khama Billiat, in fine form and playing brilliantly.

Winning instills confidence, and if a club has that confidence, it can be simpler for them to begin playing more appealing football and address some of their deeper flaws. Pirates have had their share of difficulties this season. However, following back-to-back Caf Confederation Cup victory against Diables Noirs and LPRC Oilers, as well as triumphs against Sekhukhune United and Stellenbosch in the domestic league, things have began to look up for co-coaches Mandla Ncikazi and Fadlu Davids.

While some Pirates fans have yet to be won over by the type of football their team has been playing this season, it's critical for the Sea Robbers, whose confidence is still a little shaky, to find a way to grind out results in the coming weeks.

It doesn't have to be attractive, but they must continue to triumph.

That will begin with the team's encounter versus Baroka FC on Thursday, which will be played in Orlando.

Pirates then have another winnable home game versus LPRC Oilers on the weekend, before playing AmaZulu in Durban and then facing two more struggling teams in TS Galaxy and Swallows FC.

With some players returning from injury and others regaining form, it appears the Buccaneers are ready to make a move, recover their season, and at the very least keep up with archrivals Kaizer Chiefs.