Gabadinho Mhango and Ben Motshwari, two of the Buccaneers' unruly best players, are expected to be released at the end of the season.

Both Orlando Pirates stars were involved in off-field incidents that caused them to lose their regular spots at the club, and here's why Kaizer Chiefs could gain from their misfortunes!

The Amakhosi are in desperate need of a striker, and with Gabadinho Mhango confirming his departure from Orlando Pirates, it's a no-brainer for Bobby Motaung to do his hardest to sign the Malawian.

Ben Motshwari has reportedly been given a lucrative deal by Kaizer Chiefs in the hopes of tempting him away from Orlando Pirates!

While signing TWO of their arch rivals' finest players is a distinct possibility, do the Glamour Boys really want additional 'bad-boys' at Naturena? It's possible that this will be the deciding factor. 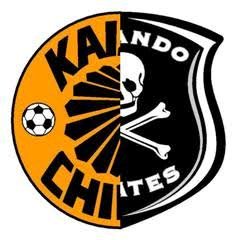