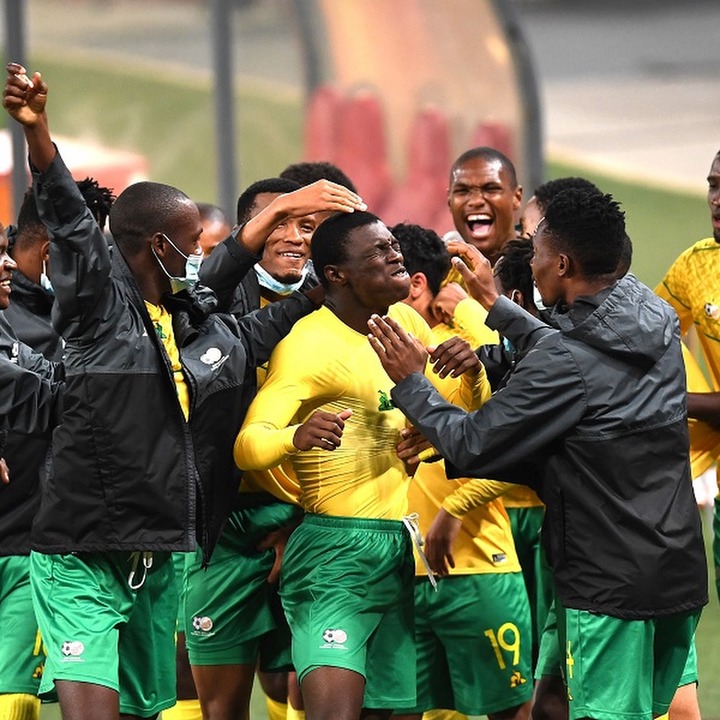 Bafana Bafana keeps on making us happy this year as they have done the unexpected once again.

There were people who already cancelled Bafana Bafana due to the poor results they have shown in the past years but it seems like they are slowly coming back.

It has been reported that Bafana Bafana has climbed the charts around the world as they moved from number 73 to number 66.

The above figures are the latest provided by FIFA.

In Africa, Bafana Bafana remains number 11 and this means a lot for the boys. 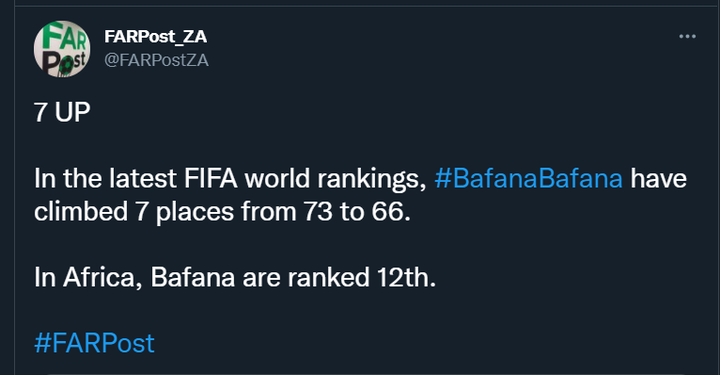 Bafana Bafana is currently paving its way towards FIFA World Cup 2022 and the journey is looking very bright so far.

Bafana Bafana has managed to keep their number one spot in Group G after playing 4 games.

The boys have managed to win 3 games and draw only 1 game.

There are still two crucial games that Bafana Bafana has to play against Ghana and Zimbabwe.

They will need to win these 2 games or at least win 1 game and draw 1 game. 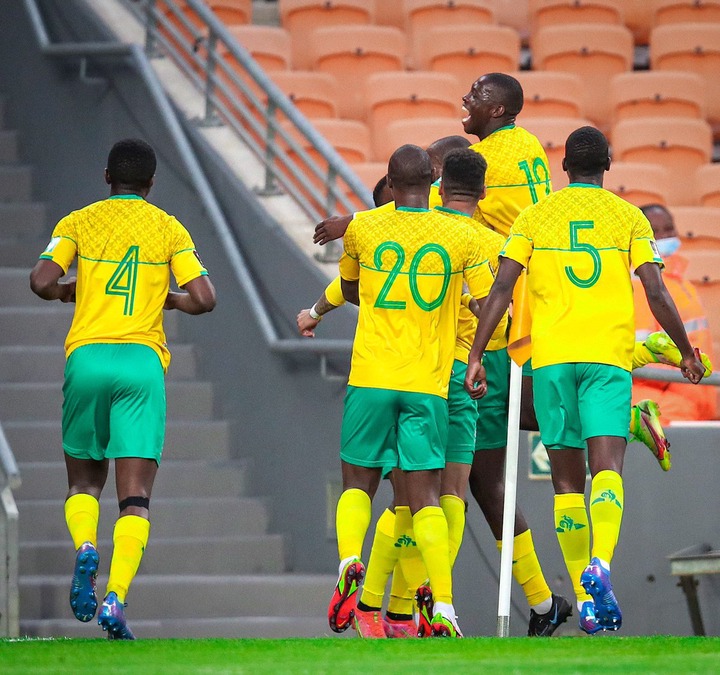 It seems like many Bafana Bafana supporters have fallen in love with the new coach, Hugo Broos. 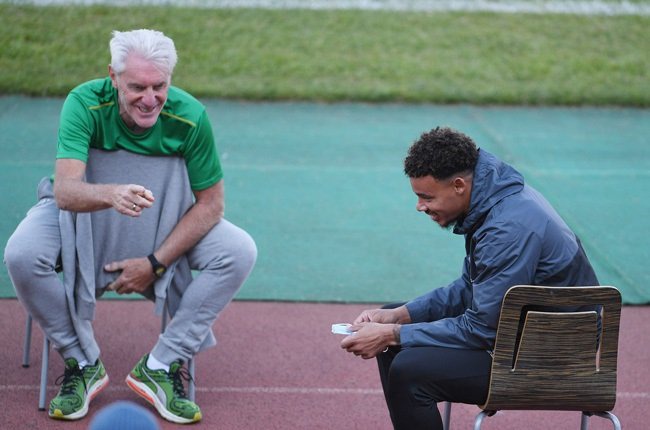 They have mentioned that the coach is doing his best with the national team and they also see a bright future with him.

Hugo Broos is yet to be beaten ever since he arrived in Bafana Bafana as he continues with his good record.

As always, there are people who will have some negative comments no matter how could the coach could be.

One of the negative comments that came from people is the fact that the coach is using inexperienced and young players.

They have mentioned that the coach should bring an experienced and tough squad to the national team. 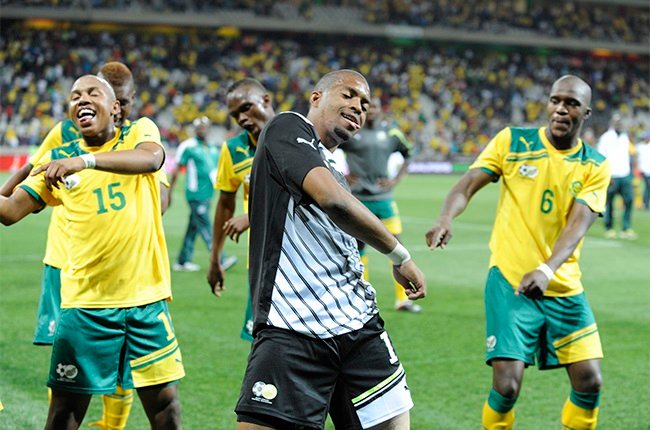 Female pastors makeup and dressing maybe enticing, check out the post of this prophetess: Opinion

Bad news for Mamkhize: Her PhD qualification in trouble because