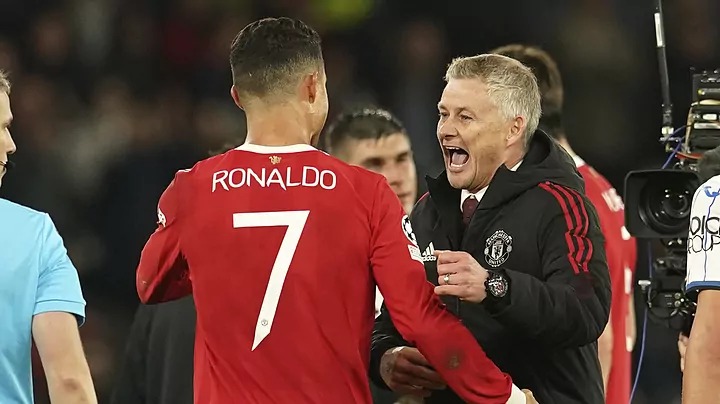 Manchester United's performance against Atalanta was far from convincing.

Was it really a surprise that Manchester United beat Atalanta after coming from behind?

It was another another result that closely connected to United manager Ole Gunnar Solskjaer's DNA, with United conjuring 'the spirit of '99' to win late on.

Solskjaer's soundbites following games like these are either a rose-tinted look back to the club's heritage, or an antiquated representation of an institution trapped in the past, depending on who you are.

At least this time the inquest won't have to pore over the remains of another defeat, but it felt like that was going to be the case until United's late comeback.

Cristiano Ronaldo, a former player, was the one who got them over the finish line.

Ronaldo had previously missed a number of chances in the game, but it's possible that this was all part of the plan.

Convert the one that counts to send the supporters into joyful raptures by tying up the fans in a sense of agony.

After all, it's the United way.

But will it persist, and how long will Ronaldo be able to cover up the flaws?

Since rejoining, the 36-year-old has scored six goals in eight appearances across all competitions, essentially fulfilling his brief.

But how much will it cost?

United are not the type of side that can thrive with a ten-man defense, as they have demonstrated in recent defeats to Aston Villa and Leicester City.

Even on Wednesday night, they were being ripped apart by an efficient Atalanta team that will not be as strong as the Liverpool squad they will face on Sunday.

Does it matter to the supporters, though?

Maybe this Old Trafford time warp ties people to the club with more feeling than a dominant Pep Guardiola-esque side ever could in an era of remote owners, tactical straitjackets, and PR-ed social media profiles.

It feels like the world has returned to the 2000s, when United dominated England and Europe, with Sir Alex Ferguson still effectively overseeing operations from somewhere in the stadium and Ronaldo still leading this team's line.