Football fans have continued to debate the outcome of the highly anticipated 2021 Ballon d'Or Award ceremony, which saw Lionel Messi win the prestigious award for a record seventh time. 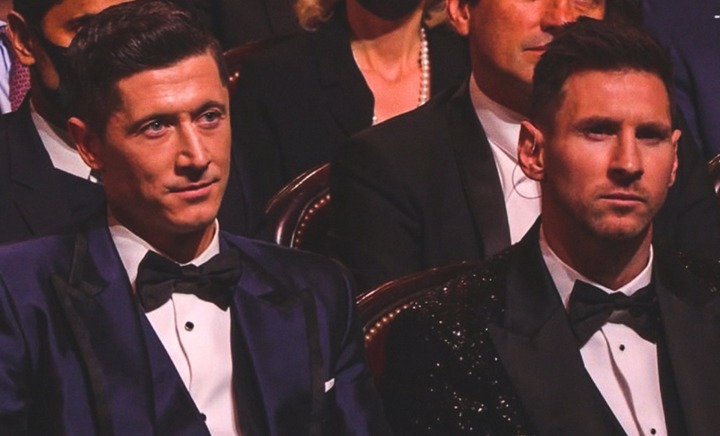 Following his victory over his closest competitor, Robert Lewandowski, the Argentine striker was named the winner of this year's event.

A number of individuals believe that the Bayern Munich forward genuinely merits the prize ahead of Messi, based on a number of different considerations.

The fact that Lionel Messi is ahead of the competition and deserves to win the award becomes clear when we examine their respective records as well.

Let's take the example of Messi, who played in 49 games and scored 40 goals. According to the statistics, he also has 16 assists between January 1st and October 24th, 2021, when the Ballon d'Or voting concluded. 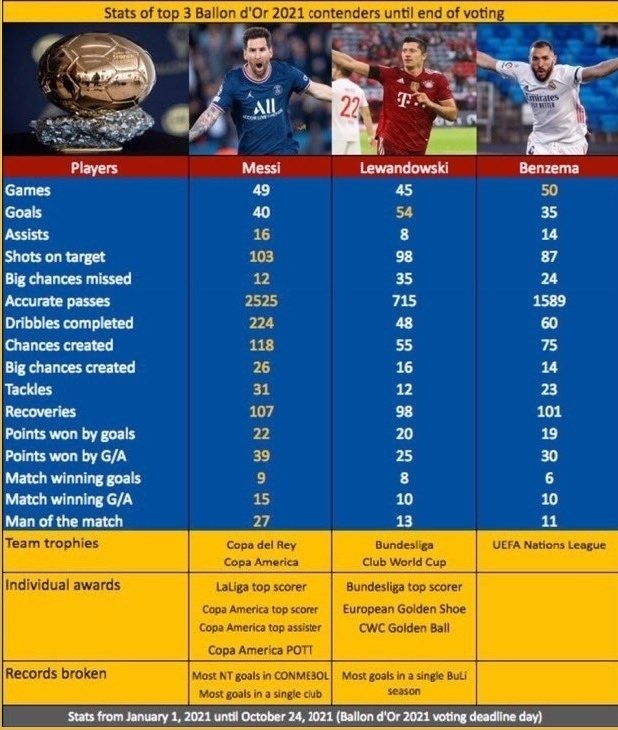 When comparing Messi and Robert Lewandowski, other data show that Messi had the most chances created, the most dribbles, the most key passes, and a slew of other records.

Messi appears to be in the lead when it comes to individual prizes and trophies. The preceding data demonstrate that Robert Lewandowski is trailing Lionel Messi in the race for the World Cup. 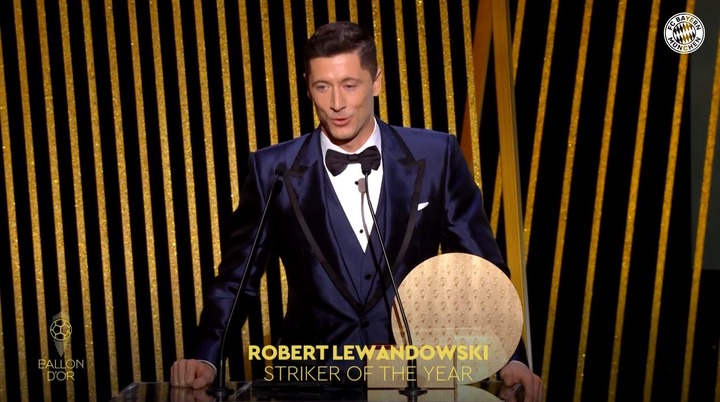 Apart from that, we can't deny that Lewandowski is a talented player, but his achievements at the club level cannot be compared to those of Messi. Even better, the Argentine star was named to his country's Copa america team. He also finished as the competition's top scorer, which was a first for him. That, on the other hand, cannot be said of Lewandowski. These are some of the variables that could have contributed to the polish player's failure to win the prestigious prize.