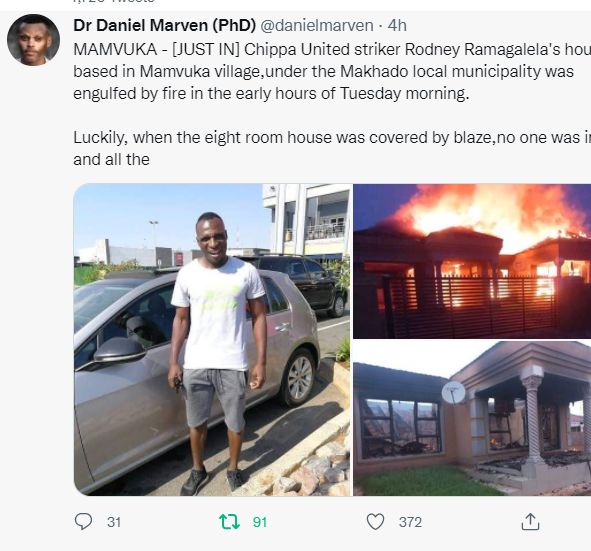 Rodney Ramagalela, a striker for Chippa United, has lost a significant amount of money when his Limpopo home was alleged to have burnt down on Tuesday morning. The striker was apparently informed about the event that occurred in Mamvuka, Limpopo, and is said to have been heartbroken by the news. 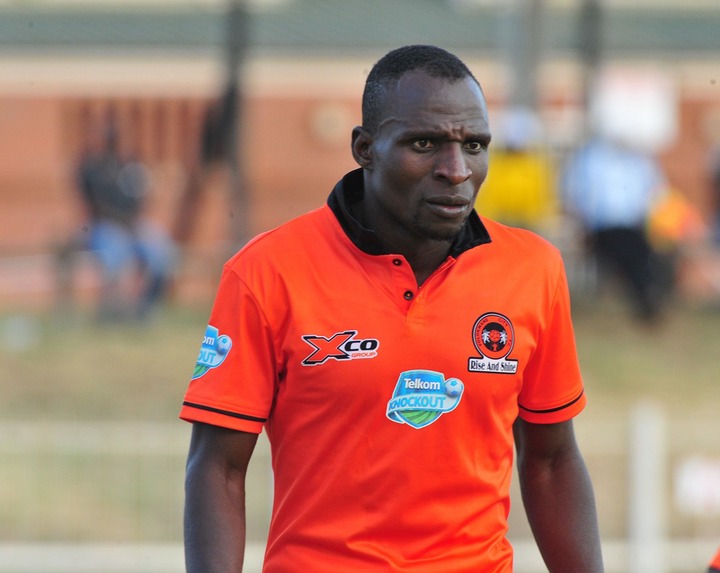 Ramagalela joined the Chilli Boys in August 2021 after his old team, Black Leopards, was relegated. Ramagalela could only confirm the loss when contacted by KickOff. "Yeah, yes," Ramagalela responded, "but I'm busy coping with the event right now, so I'll talk to you later." The 32-year-old has yet to make a single game for the Port Elizabeth-based side due to injury. When the house of the Chippa United striker caught fire in the early hours of Tuesday morning, it was mercifully vacant. 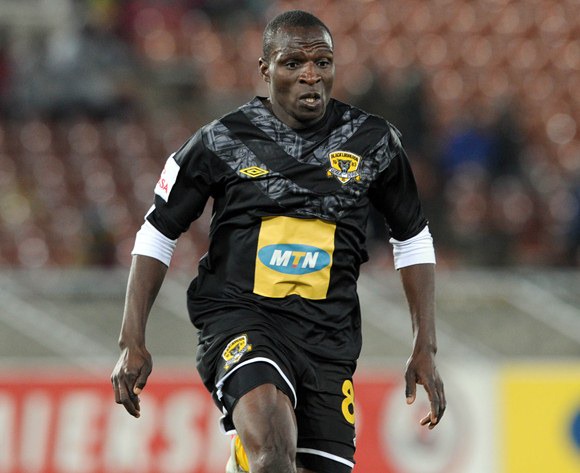 The damage to the eight-bedroom home is claimed to be extensive, with Ramagalela expressing his surprise at the news to FARPost. "With a profession like ours, starting over is a quest in and of itself. I've been gravely injured. I'm not going to lie to you. The most important thing, though, is that no one was killed. Because I was not present, there is now nothing to suspect. I'll defer to law enforcement to complete its investigations, and then we'll know what happened. 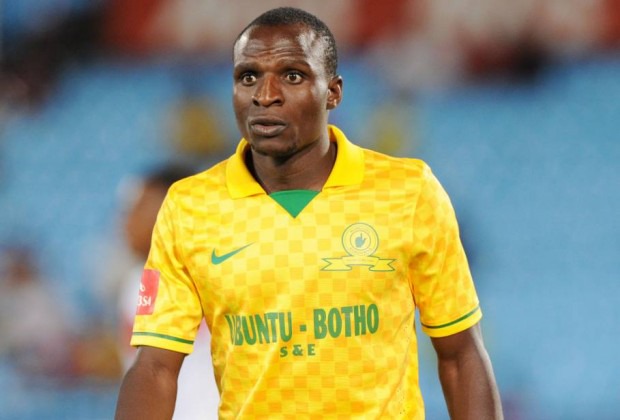 Since the incident happened in Limpopo, people are already suspecting Witchcraft. Limpopo is famously known for practicing witchcraft, according to the society. It is heartbreaking, since this was a new house for Ramagalela. The incident has divided the country, and wish Ramagalela to recover from this horrible incident. No one has to go through this amount of pain. 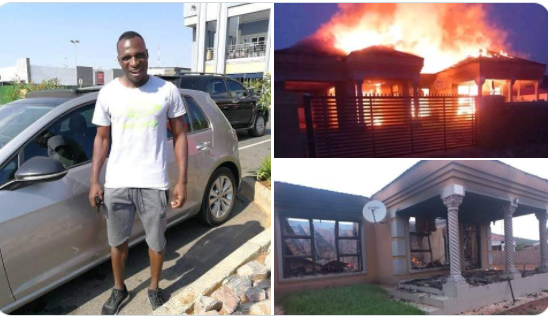