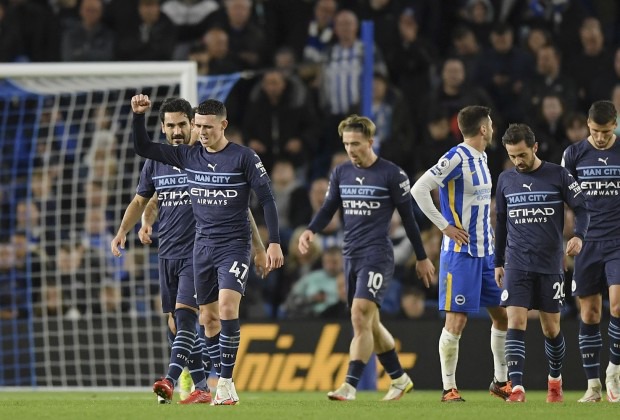 Manchester City proved exceptionally strong for Brighton and Hove Albion after a 41st success at AMEX on Saturday night.

City has implemented two upgrades from the team that this week as Gabriel A Jesus and Ilkay Gundogan in charge of UEFA Champions League has taken over. They received starts instead of Riyad Mahrez and Kevin de Bruyne.

The Citizens scored the first goal in the 13th minute when Brighton goalkeeper Robert Sanchez failed to overtake Phil Foden's goal. Bernardo Silva jumped out and played Gündogan, who shot at goal from close range.

The second goal for the reigning champions came in 28 minutes when a quick counterattack ended and Jack Grealish chose Foden for the brief approach.

A few moments later, Jesus put his name on the payroll at close range with a forged flank because the town was too long for Graham Potter's protégés. 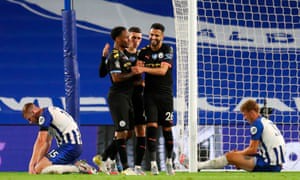 After the disappointing first half, Brighton held out for a first shot until the 55th moment when Ederson was called in to fend off Leandro Trossard at close range.

Brighton had the energy in the second half, so Pep Guardiola's men had to pause for a moment and protect the tension in their own half.

Help was given to the hosts after receiving a penalty for Ederson's foul on Enock Mwepu, which Alexis McAllister made the move despite the best efforts of the Brazilian shot.

The Seagulls made matters almost fascinating shortly afterwards when Taariq Lamptey came on strike after flooding his previous route with a few troubles, but his work got off-center. 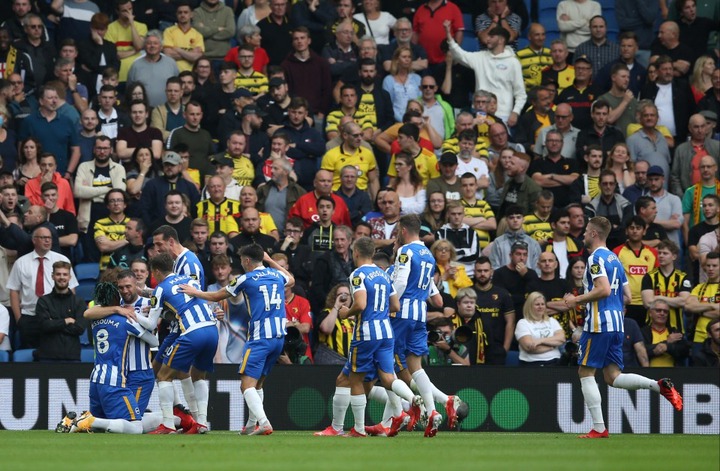 Nonetheless, City corrected the score in the second half of stoppage time when Foden scored Mahrez, who took a touch before overtaking Sanchez in the container.

OPINION: 3 Players who should start for Arsenal in upcoming matches

Bad News For Chiefs- They have been Removed from 2nd position :See How Royal AM did that