By Khehlanews (self media writer) | 1 month ago

Bobby Motaung was delighted after Kaizer Chiefs fringe player Lazarous Kambole made the most of a rare appearance with a goal, Kambole came on as a substitute for Khama Billiat with four minutes of regulation time remaining before adding his name on the scoresheet as Chiefs clinched a 4-0 win in a DStv Premiership clash at the weekend. 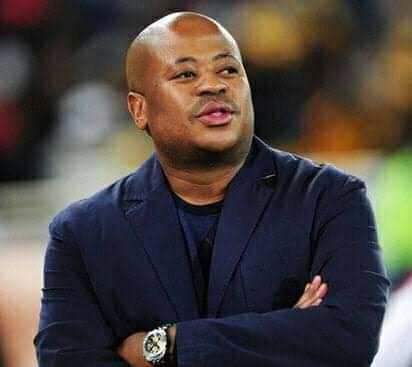 With his first-ever goal for the club having come against Stellenbosch in August last year it has been a 14-month wait for his second goal which came just a few months after he was reportedly placed on the club's transfer list.The most important thing for Laz [Lazarous Kambole] is that he's had a good week’s training," Baxter commented in the post-match.

I don't think he is the same type of striker as say a Bernard Parker or Khama Billiat, he’s one who is going to work behind back fours, and we’ve got to get to know him.

Kambole is the best striker in the dstv premiershp . I hope kaizer chiefs dnt let him go.Last season Cardoso started all games, and how did the team perform Last weekend he wasn't available, how did they perform Let me tool.

Kambole with proper guidance he could be a better player and score goals. A win is a win regardless of who you win against, had Chiefs lost you'd be calling for the coach to go. The struggling Chipa that drew against Sundowns and Supersport that is number one and two on the log.Baxter and cows,first it was Nkhatha now Kambole.

Chiefs they wanted to give kaizer Motaung a gift for birthday,so guys let's be honest chiefs players the way they played in previous match,something tells me they don't like the coach because chiefs now they hv a quality players.