Kaizer Chiefs: No foreign internationals at Natuena, Check why 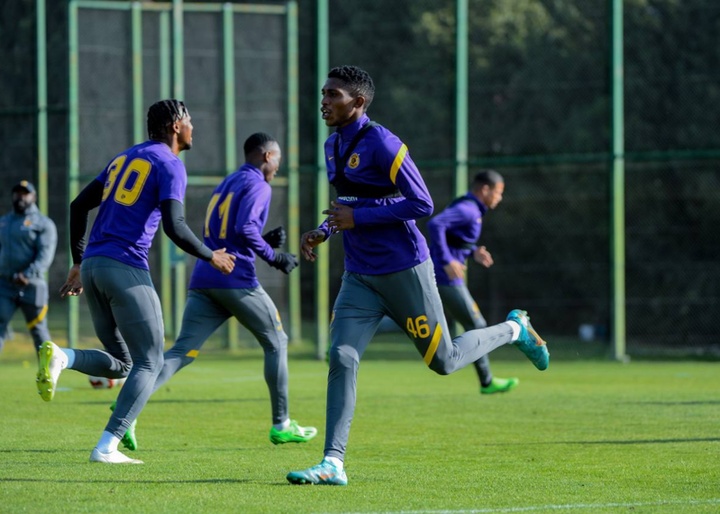 Kaizer Chiefs teammates hard at work. Photo: @KaizerChiefs/Twitter"/>When they play Royal AM on Saturday, Kaizer Chiefs will start a football season with just local players for the first time in a VERY long time.

At 17:30, the game at Chatsworth Stadium will begin.

With the new technical team and new players eager to impress and bring back the former glory days, Naturena is currently experiencing a breath of fresh air.

The absence of any foreign nationals makes this Chiefs club, which will be captained by Arthur Zwane, unique.

Of course, some people will bring up Khama Billiat because he was born in Zimbabwe, but after spending more than ten years in South Africa, he is just as talented as a native.

Billiat is thus eligible to play in any Chiefs game because he has a permanent South African citizenship and is listed as a local.

Samir Nurkovic, Lazarous Kambole, and Anthony Akumu were the three foreign internationals with whom the Chiefs parted ways at the conclusion of the previous campaign.

Both the goalkeeper Daniel Akpeyi of Goa and the forward Leonardo Castro were registered as locals because they had lived in the nation for more than five years.

Zwane has one of the largest roles in the nation, which presents unique difficulties, particularly given how anxiously the Chiefs are trying to end their seven-year trophy drought.

The Chiefs have attempted to sign players from abroad in the past, but they haven't yet found any with the qualities they're searching for.

Striker Bonfils-Caleb Bimenyimana, who was born in Burundi, just quit working out with Chiefs, and the technical staff is debating whether or not to sign him.

Edmilson Dove, a mozambican player for the Chiefs who is now being evaluated by Zwane and his technical staff, COULD end up being the "sole" foreign player for this season IF he is signed.

However, Zwane has a strong team made up of local talent, thus the absence of foreign internationals in the current Chiefs is not a cause for concern.

TS Galaxy once had an all-South African team, and they excelled as a team, winning the 2019 Nedbank Cup and making it to the CAF Confederation Cup group stages.

Nothing should impede Zwane and Chiefs from thriving with local talent this season if a "small" team like TS Galaxy could achieve it.

SOURCE; Kaizer Chiefs: No foreign internationals! Will Zwane thrive with only locals? (msn.com)

All Foreigners In SA Should Go Before 24th September, See What They Are Planning To Do On That Day