By Premier-News (self media writer) | 29 days ago 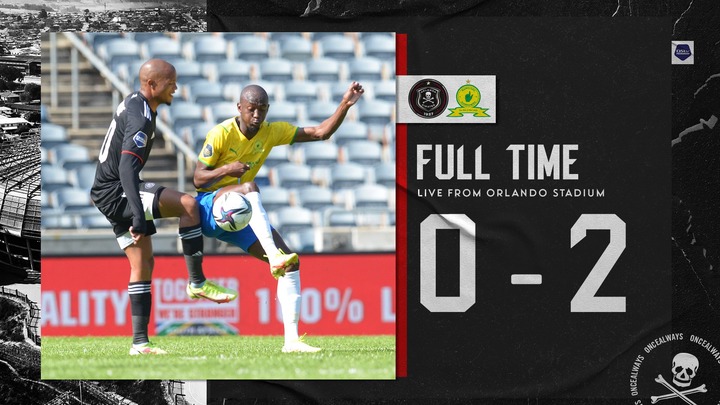 Orlando Pirates fans are currently very disappointed after their club was beaten 2-0 by Mamelodi Sundowns in the DStv Premier League, some Pirates fans are taking to social media site Twitter to express their disappointment with their club's poor performance and results earlier today. 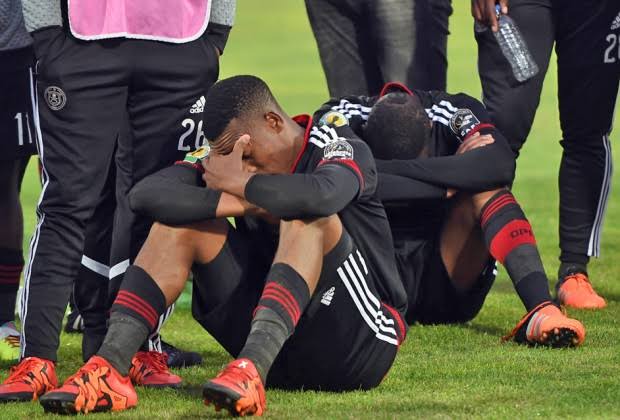 However, one 'diehard' Orlando Pirates fan who has been supporting the club since 1999 has seemingly had enough of the clubs disappointing results in resent years, the fan took to Twitter to announce that he is officially no longer an Orlando Pirates fan, as he is now joining rivals Kaizer Chiefs... 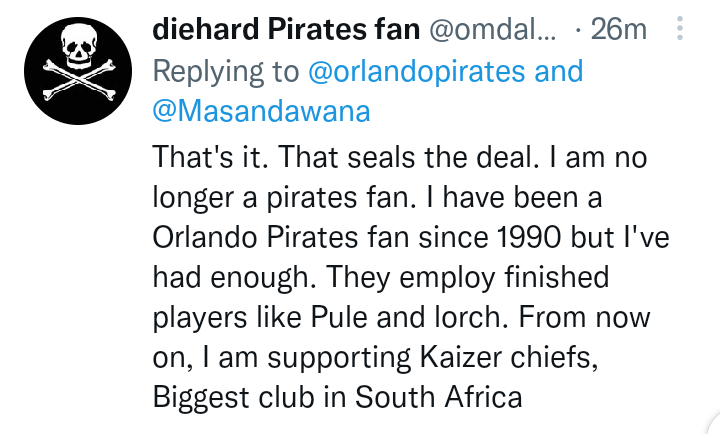 "That's it. That seals the deal. I am no longer a pirates fan. I have been a Orlando Pirates fan since 1990 but I've had enough. They employ finished players like Pule and lorch. From now on, I am supporting Kaizer chiefs, Biggest club in South Africa" - He wrote.

So as a football fan what do think about this, would you ever give up on the team you love and support because of poor performances and results? Or are you remaining loyal no matter what?