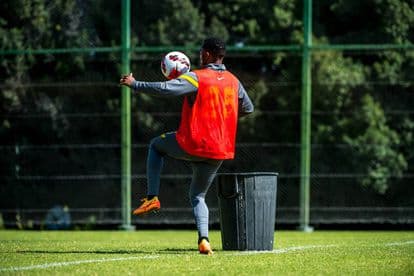 Cape Town City is aiming to qualify for the Champions League.

Cape Town City coach Eric Tinkler says his team's objective is to compete for a second-place finish in the DStv Premiership as the season comes to a close.

The team that finishes second in the PSL rankings will have the honor of representing the country in the Caf Winners League alongside Mamelodi Sundowns, who were recently named champions. 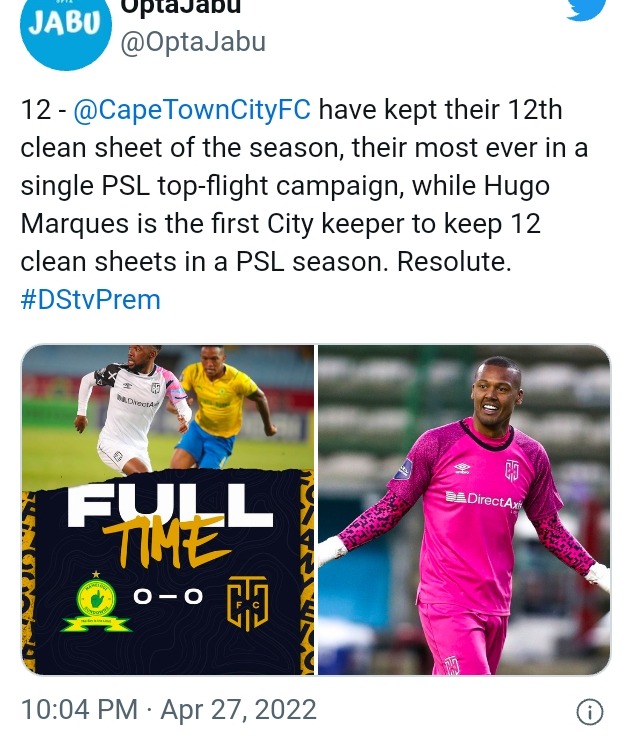 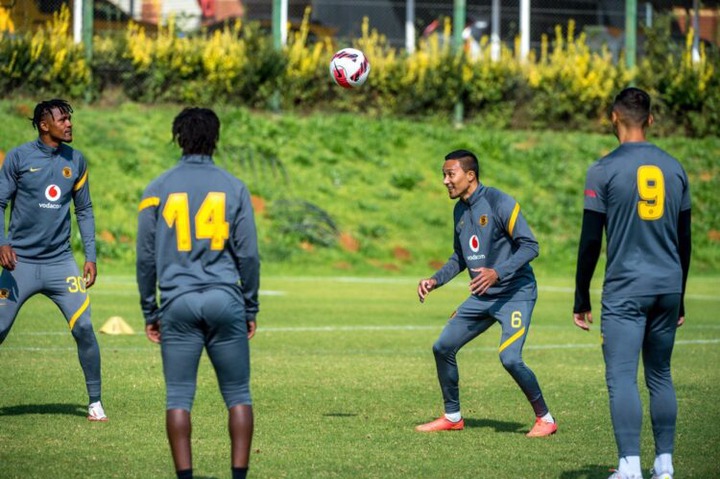 The Brazilians were held to a 0-0 tie by Cape Town City at Loftus on Wednesday night, but the stalemate did not prevent Sundowns from winning their 12th PSL title and unprecedented fifth in a row.

The spotlight now shifts to who will finish second, Royal AM or Cape Town City, now that Sundowns have wrapped up the season with four matches to go.

"We could have cut the distance between us and Royal AM to two points if we scored three points today [Wednesday against Sundowns]," Tinkler stated, while admitting that their fate is out of their control.

"We had two games in hand, and we had the chance to close the deficit here tonight [Wednesday] and perhaps pass Royal AM in the log and get a point."

Our goal at the start of the season was to finish in the top four, with a second place finish as a bonus. Our boys will do everything in their power to attain their goal of finishing second.

It doesn't really rest in our hands right now; we needed to beat Sundowns tonight to put our fate in our own hands, but we'll have to rely on others to obtain the results against Royal AM."

Royal AM has a difficult schedule for the rest of the season. Maritzburg United, Orlando Pirates, Golden Arrows, and Sundowns are all in the mix, and Tinkler is hopeful they will falter in the last stretch. Royal AM has a lot of confidence, but they don't play a particularly good kind of football when you see them. They are always poorer than the opposition in terms of possession statistics, and they are always worse in terms of opportunities generated, but they nevertheless manage to win football games. Hopefully, their luck will turn around.

Tinkler stated the two teams balanced each other out in the draw with Sundowns, and they didn't create many chances.

"Over the course of 90 minutes, I believe both teams cancelled each other out." Even though we had one good half opportunity in the first half with Mdu Mdantsane, I don't believe there were many changes. We were well-organized and structured defensively, and they are always a threat with the ball behind Peter Shalulile, thanks to the ingenuity of Neo Maema, Bradley Ralani, and Themba Zwane. They got into the half spaces between our lines in the first half, but we talked about our back four being disciplined and retaining their shape and structure.

Because set pieces were the one time they looked more dangerous, it has been their strength this season, and we know that set pieces have resulted in a lot of goals.