As they extended their strong start to the season under new manager Christophe Galtier by winning their first two league games of the year and scoring an incredible 10 goals in the process, the defending Ligue 1 champions defeated Montpellier with ease on Saturday night, winning 5-2. 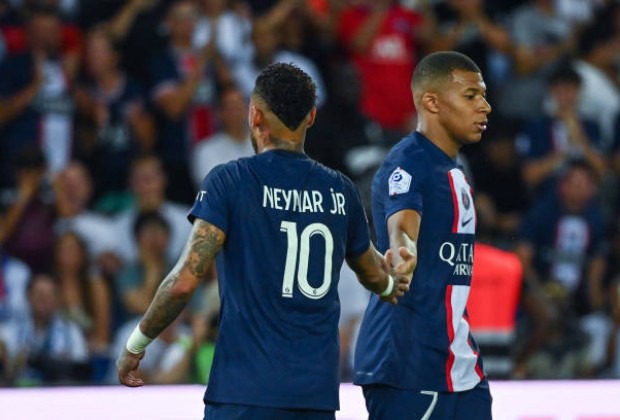 The talking point of the match, meanwhile, was Mbappe, who was spotted at one point pausing a run after Vitinha decided to throw the ball to Lionel Messi during a counterattack rather than him.

Because Vitinha didn't pass the ball to him, Mbappé halted his sprint and pouted.

The 23-year-old Brazilian had previously in the game missed a penalty kick, so the Frenchman seemed to take issue with Neymar's decision to take the game's second penalty.

Before the 2018 FIFA World Cup winner walked away from the spot to take the penalty kick, the pair were seen working on a conversion. Neymar scored a few seconds later.

Following the game, the Selecao talisman "liked" a number of messages on Twitter that said Mbappe was abusing his new contract to take over the team's penalty-taking responsibilities.

The Les Bleus striker responded by requesting that Neymar be sold as quickly as possible after the incident, according to French writer Romain Molina.

There is now concern that the two's friendship is irreparably damaged; the South American is claimed to have learnt about Mbappe's private request to the team's decision-makers since then.

In response to the escalating hostilities between the attackers, PSG, according to L'Equipe, has called a crisis meeting. Manager Galtier and sporting director Luis Campos are expected to mediate in an effort to resolve the conflict.