By CornerSpot (self media writer) | 7 months ago

What better way to bounce back from a CAF Champions League defeat than a 4-1 trashing. Pitso Mosimane had the perfect response to his 1-0 defeat at the hands of his former employers Mamelodi Sundowns. Mosimane's Al Ahly returned back to winning ways with a 4-1 League win over Pharco on Tuesday evening. 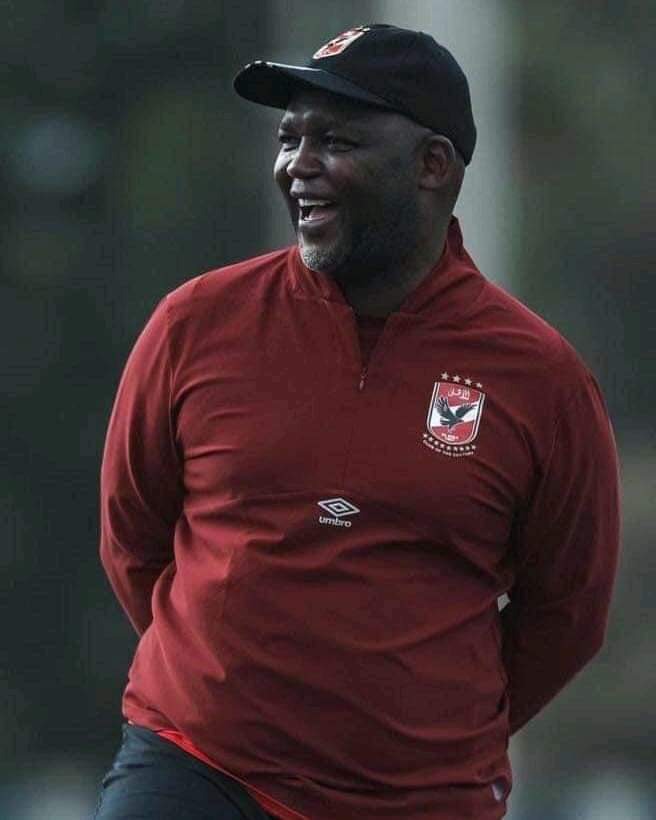 Al Ahly retained their top spot in the Egyptian Premier League having went into the encounter as log leaders, and maximum points were a necessity to dislodge Pyramids FC at the summit of the log. Al Ahly made their intentions clear from the first whistle as they raced to a 3-0 lead inside the opening 13 minutes of the game.

In what was a debate following their defeat to Mamelodi Sundowns, star man Luis Miquissone was brought back into the Al Ahly starting team. Pitso Mosimane was heavily criticized for dropping Miquissone against Sundowns, a decision which many believed costed Mosimane the game.

Upon the return of Miquissone, Percy Tau had to settle for a place on the bench as Mosimane changed things around in an attempt to win the match. It took Al Ahly just under five minutes to open the scorings through a man Sundowns kept quiet over the weekend, Mohamed Sherif.

A substitute against Sundowns but a starter against Pharco, Mohamed Afsha joined in on the score-sheet by making it 2-0 just two minutes after the first goal. Afsha was a man on a mission as he doubled his tally with Al Ahly's third goal for the night, it was quickly 3-0 in the 13th-minute thanks to an Afsha brace.

Just when the Egyptian giants looked to be in dreamland, Pharco worked their way back to the game with Ahmed El Sighiry making it 3-1 in the 20th minute. Percy Tau was once again given the run by Mosimane at the start of the second half, taking the place of Miquissone.

Al Ahly would eventually kill any hopes of a Pharco comeback when they added a fourth goal through Hussein El Shahat. Statement made, Al Ahly top the Egyptian Premier League standings with 25 points from nine games.

Check out this real modern house with beams and other more impressive features.

Touching: A 3 Months Old Baby Was Abandoned With a Very Heartbreaking Note, Here Is What It Says

The Traditional healer received voice from Ancestors when he was about to kill an Owl.