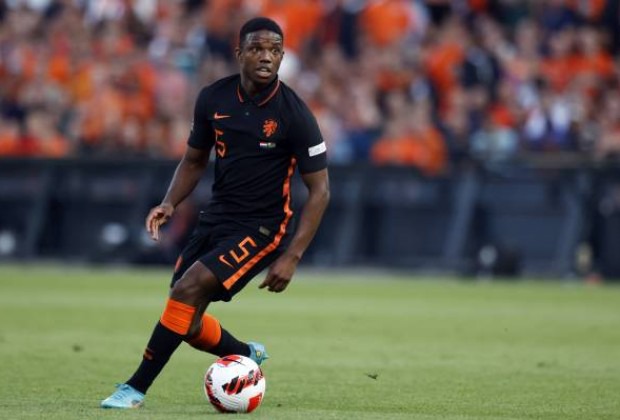 According to reports, Manchester United has made a desperate attempt to sabotage another club's pursuit of a Dutch star.

After giving up the most goals among the top seven Premier League teams in the 2021–2022 season, the Red Devils have been heavily connected with defensive reinforcements.

According to recent sources, United was reportedly considering Nicolas Tagliafico of Ajax Amsterdam as a left back after it appeared that they had passed up Feyenoord fullback Tyrell Malacia.

According to reports, Olympique Lyon and the Dutch international had reached an agreement on conditions before a move rumoured to cost €13.9 million was mooted (R235 million).

Manchester Evening News, however, reports that United have now intervened at the last minute in an effort to convince Malacia to go to Old Trafford instead. According to reports, the two clubs have already verbally agreed on a price somewhere around €15 million (R252 million), plus €2 million (R33 million) in add-ons.

The agent for both the 22-year-old and longtime Red Devils target Frenkie de Jong is Ali Dursun, who will now discuss personal terms after United delivered a proposal.

The current state of affairs has been clarified by Feyenoord director Frank Arnesen.

There is an understanding with Manchester United "According to The Athletic, he informed 1908NL.

Tyrell is presently in our waiting area."

A transfer to Manchester is about to happen if Malacia responds positively.