Chelsea lost a chance to remain on top.

What a weekend this is turning out to be. Nothing out of the ordinary in this beautiful game called soccer and being played in one of the leagues in the world. The Premier league is one league where even the biggest clubs can drop points. Chelsea was the favorites to win this game as Manchester City where held to draw in their previous game. Which they lost two points. 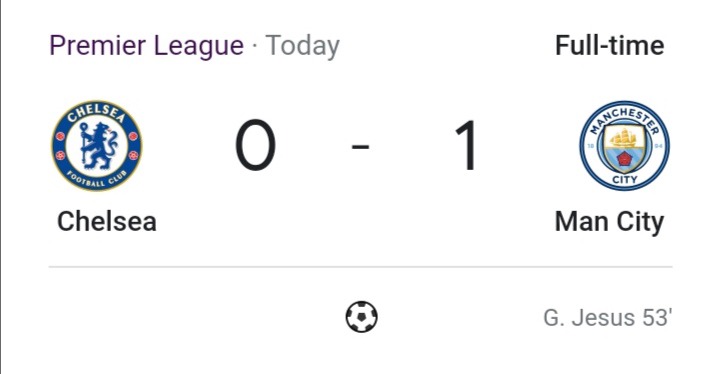 Within the second half, Chelsea changed their formation play. They where more attack minded. This played in Manchester Citys favor and Chelsea created space for them to move the ball which led to the first goal in the 53min which was scored by G.Jesus, from a crowd of Chelsea players. 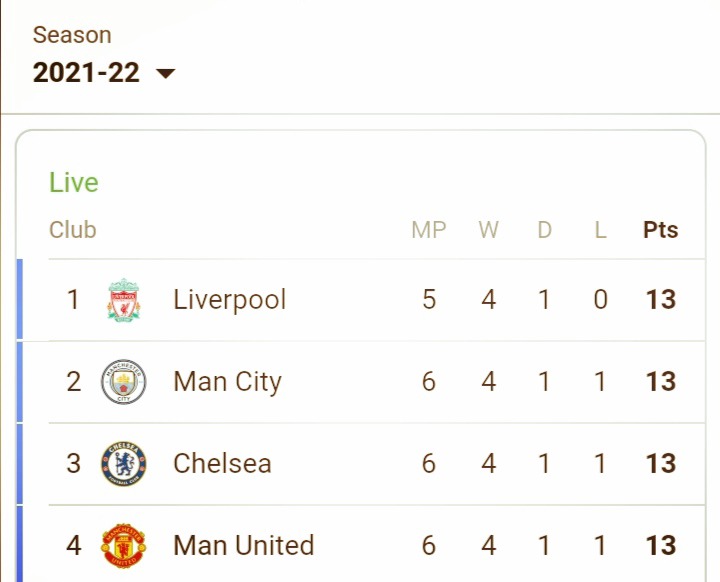 This helped Manchester City to move to the second position on the Premier league log table. Which shows they are not willing to let go of their Cup that easily, even though they did not start well. To view all matches go to the Premier League website.