At this upcoming award ceremony, unlike previous ones, there will not be a preponderance of players from the Kaizer Chiefs team. Previously, this was a common occurrence. Once again, Amakhosi players were not eligible for any of this season's honors because there was not a single player nominated from the senior side; instead, only one player from the reserve team was considered for a candidacy. 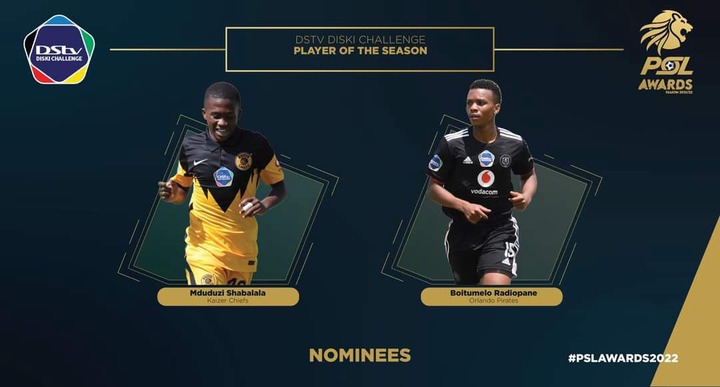 Mduduzi Shabalala, a standout in the Kaizer Chiefs reserve league, was the only player to have his name appear on the list of nominees for the Premier Soccer League honors this season. The DSTV Diski Challenge player of the season nominations have been announced, and Shabalala is up for the honor with Boitumelo Radiopane, who is a goal scoring monster.

With the exception of Shabalala, the majority of Kaizer Chiefs players will be cheering on their opponents and competitors, especially considering that Mamelodi Sundowns players will dominate the nominees. This could be a consequence of Amakhosi's lackluster performances this season, which is something the team has been working hard to improve with for some time now. The Orlando Pirates have Kwame Peprah up for young player of the season, and the club will be hoping against hope that he takes home the trophy at the awards night.