Barcelona Won't Win Any Of Their Next Games [OPINION]

After a dreadful goalless draw with Cadiz on Thursday night - their third game without a win - the top pages of Spain's sports publications made for uneasy reading for Barcelona. With 25 minutes remaining, Frenkie de Jong was sent off, and under-pressure coach Ronald Koeman was fired for dissent in the final moments. Memphis Depay was guilty of squandering numerous decent opportunities as they dropped to seventh place in LaLiga, seven points behind leaders Real Madrid. On Friday morning, sympathy from the press was scarce, with Marca ridiculing them with the title 'Neither Tiki nor Taki,' a reference to their famed playing style. 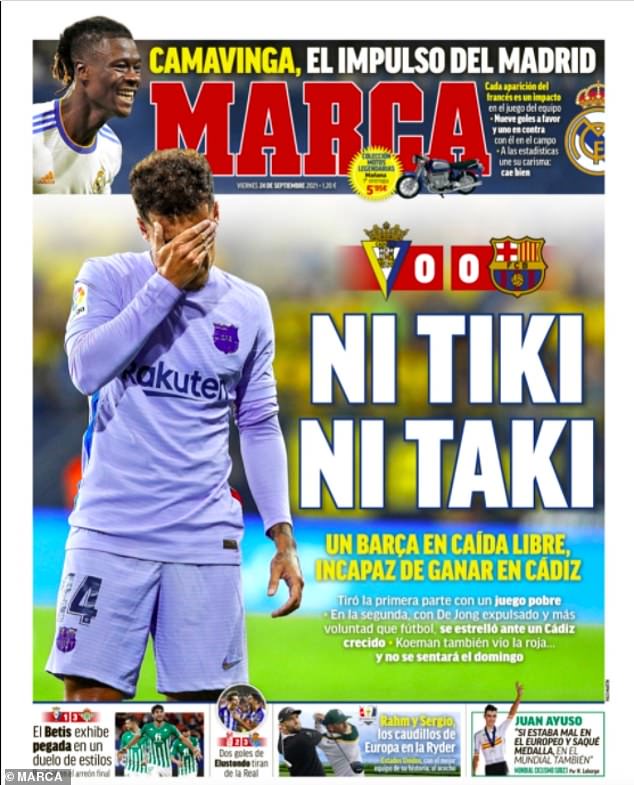 'Barcelona is in freefall and incapable of defeating Cadiz,' they say, slamming Barca's poor first-half effort in particular. The cover of Diario AS features a gloomy Koeman with the title 'Agony.' They emphasize defender Gerard Pique's irritated comments, in which he blamed the lost points on a scheduling calendar that saw Barcelona play twice in midweek following a 1-1 home tie with Granada on Monday night. 'I'm not sure who set the schedule, but I'm not sure why we had to play Monday and then again on Thursday,' Pique remarked. 'We have five games with a 12-day break in between. 'It's not a complaint, but I'm hoping the league would take a look at it.' 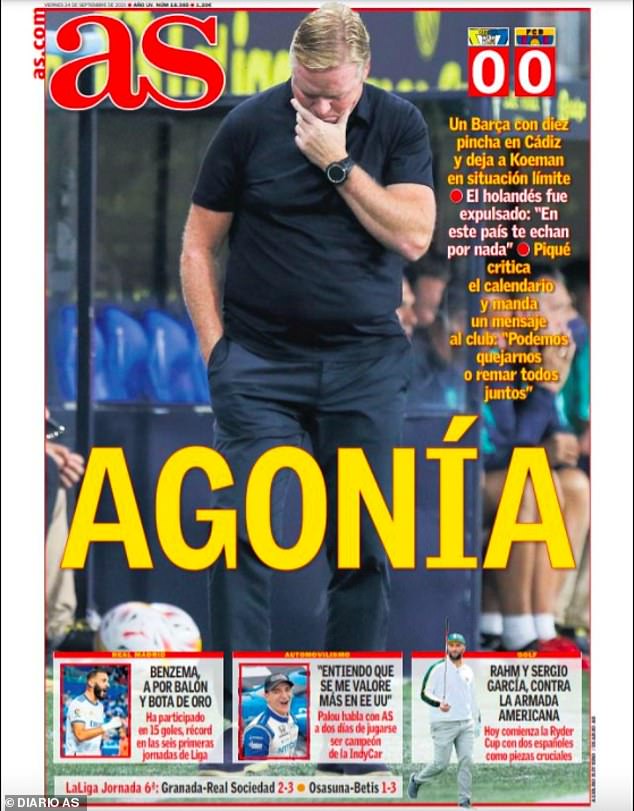 Diario Sport publishes a photo of a stunned Depay, whose early-season form has waned, with the simple title 'Frustration.' Despite the current collapse, which began with a 3-0 loss to Bayern Munich in the Champions League, they criticize the first-half performance and confirm that Koeman will remain in charge for the time being. The title on Mundo Deportivo reads, "Broken response," and it features a photo of Barcelona players arguing with the referee after De Jong received the second of two severe yellow cards. 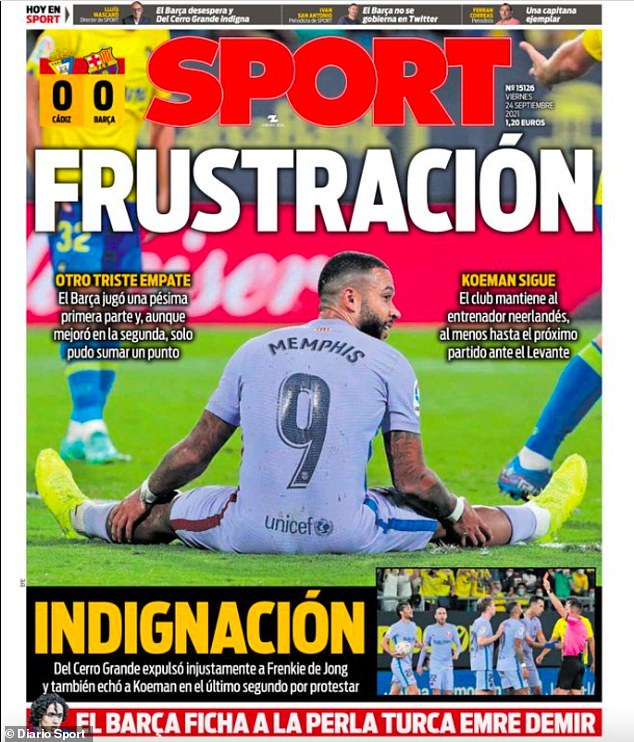 Barcelona's next match is against Levante at home on Sunday afternoon, before traveling to Benfica in the Champions League. It's without a doubt that Barcelona will not win their next matches. Who knows how long this will last. What are your thoughts on this matter? Be sure to leave your thoughts in the comments section. Please like, share and help News.info20 reach 4 000 followers. Thank you.