By Therichman (self media writer) | 2 months ago

Hugo Broos enjoys expressing his true feelings aloud. Since arriving in this part of the world a few months ago, the Bafana Bafana coach's proclivity for voicing his opinion has gotten him into a lot of difficulty.

Percy Tau was in Egypt to complete his move from English Premier League team Brighton to Al Ahly, he stated in a recent interview on Metro FM. Although the Egyptians had not officially acknowledged Tau's signature capture, Broos quietly leaked the news on the radio station.

And, lest we forget, he also let the cat out of the bag a few weeks ago when he stated in an interview with Thabiso Mosia on SAfm that he was in talks with his predecessor, Molefi Ntseki, about returning to the technical staff of the national team. Ntseki has just failed to qualify for the 2021 Africa Cup of Nations in Cameroon, therefore this did not impress the nation's soccer fans.

Jacob “Buddha” Mathathe, a member of the SA Football Association (Safa) technical committee, was not amused when he heard the interview and told this writer that they were surprised when they heard Broos reveal this information on the radio without following protocol.

At the time, Mathathe stated that Safa, not the national team coach, should be in charge of this responsibility.

It's been all fun and games, and Broos did it again when he revealed a few days ago that he is still getting to know his players and that he has gotten their names wrong on occasion. The Belgian was hired in May, but he never had a chance to fully appreciate his new surroundings because he had to return home for his second Covid-19 immunization shortly afterward.

As he continues to familiarize himself with his charges, he must certainly be closer to grasping the lay of the land after the optimistic returns of the last several days.

Consider this: the Belgian barely knows his players, yet he has led his squad to the top of Group G after defeating Ghana on Monday and gaining a creditable draw away from home against Zimbabwe on Friday last week.

Consider what the individual could accomplish if he gets to know the team's members. Bafana earned every point they could on the road in Zimbabwe, and with a little luck, they could have come home with all of the points available.

After years of heartbreak, the encounter against Ghana will have given long-suffering South Africans plenty of reasons to hope in their national team once more. After defeating Ethiopia in their first encounter, the West Africans arrived in South Africa with their tails up. They were confident in their ability to come home with a complete load of points, and they exuded confidence before to the game.

Few believed their optimism was misguided, given their role in Bafana's inability to qualify for the 2021 Africa Cup of Nations.

The two sides were in the same Afcon group, and Ghana beat Bafana Bafana 2-0 at home before holding SA to a 1-1 draw at FNB Stadium in March 2021.

They must have assumed that Monday would be business as usual, and everything was going swimmingly until the unimaginable happened with less than 10 minutes remaining in the game. An out-of-sorts Ghana had been comfortable with a point on the road, but Bongokuhle Hlongwane's winner altered everything.

To be honest, Bafana had no business leaving it so late to tie this off, especially because Ghana was waiting for them. Over the years, the South Africans have established a reputation for creating opportunities and then failing to capitalize on them to win games.

When Hlongwane finally put Ghana out of their misery, sighs of relief could be heard from Musina in Limpopo to Cape Point in the Western Cape.

Bafana Bafana hasn't given fans much to cheer about in recent years, so if Broos can pull this off after only a few weeks on the job, his bosses can let those frank pieces of wisdom slip. 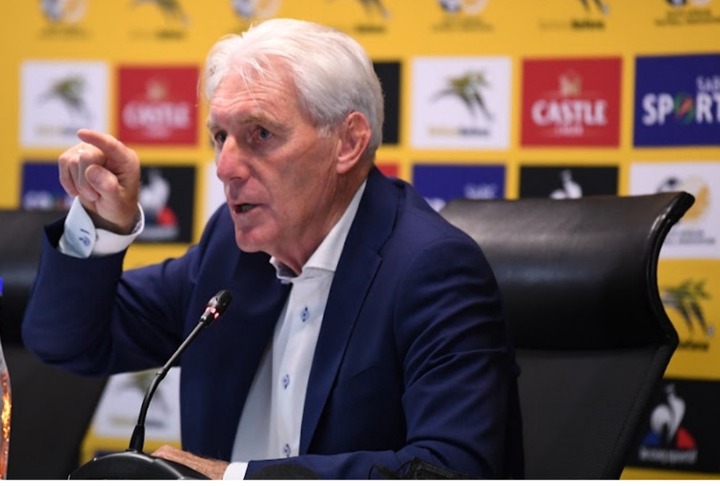