Breaking: Norwich on verge of relegation after 2nd half baptism. Plus Spurs Vs Man United lineups

By Dizaldo (self media writer) | 2 years ago

Norwich City are now hanging onto their Premier League status by a thread after crumbling to three decisive second half goals. No team with 21 points or fewer after 30 games has ever survived the chop in the Premier League era. Norwich find themselves in that predicament. 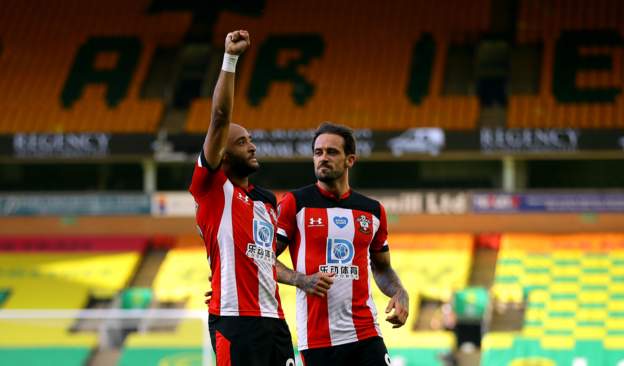 Saints top scorer Danny Ings curled in the opener shortly after the breather before Stuart Armstrong doubled the lead five minutes after.

Norwich looked lost at an eerily empty Carrow Road and Nathan Redmond confirmed a win for Southampton when he slotted into the bottom right corner late on. The Canaries remain glued at the bottom of the table following a 104-day absence due to Covid-19.

And the time away from Premier League action, due to the coronavirus pandemic, did little to spark any signs of a comeback from Norwich, who have just eight games to claw back a six-point deficit on 17th-placed Watford above the relegation zone.

It was a positive performance from Southampton, who capitalised on the break, pressing high and taking advantage of space in bbehind the Canaries' defence. 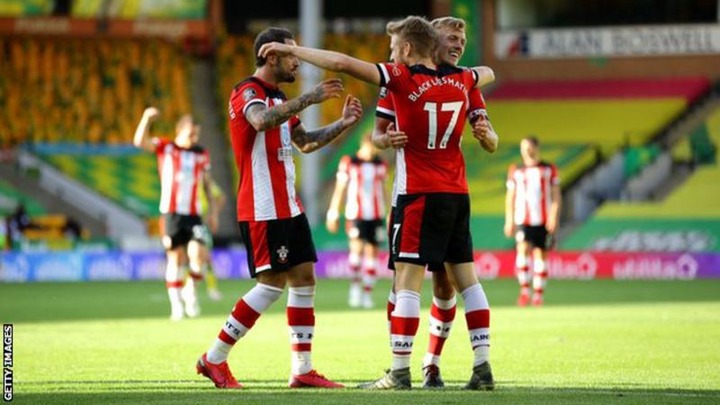 The Saints have moved up to 13th place, and have opened up a vital 10-point cushion on the bottom three. They have now played a game more than those hovering around the safety mark.

REVEALED: Pitso expose why he needed to come back ‘home’