The Red Devils were denied all three points against Chelsea at Stamford Bridge yesterday when referee Anthony Taylor awarded a penalty to Chelsea for a foul on Thiago Silva just minutes after United took the lead. 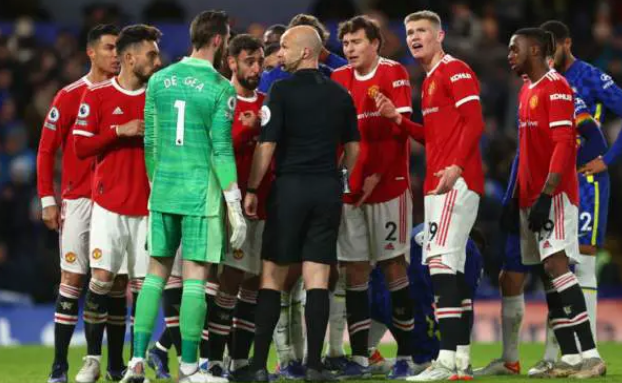 The game was lopsided, with Chelsea dominating possession and creating chance after chance until the 50th minute, when a calamitous error by Jorginho gifted United the lead. United were awarded a penalty less than 20 minutes after Sancho scored, after Aaron Wan-Bissaka was adjudged to have fouled Thiago Silva inside the area. While United may feel betrayed by the decision, we will look at some reasons why they should accept it and not complain in this article. 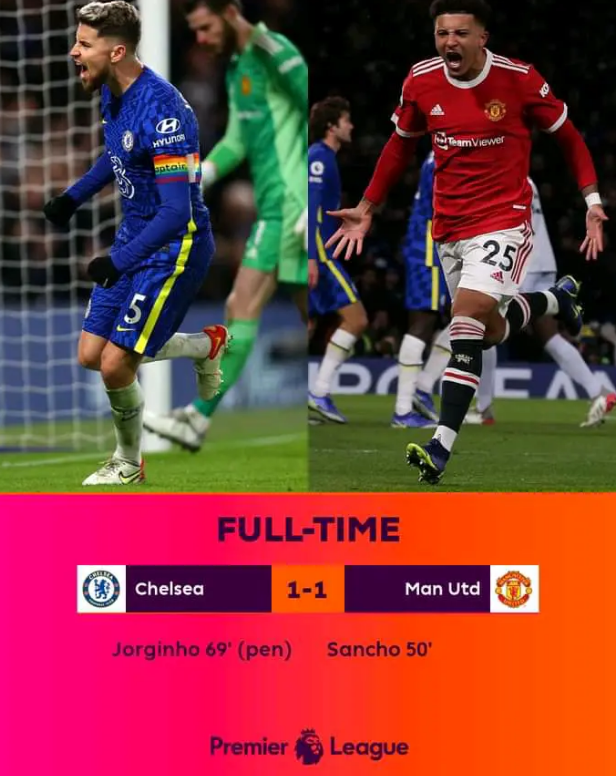 Naturally, if the circumstances surrounding the penalty incident are thoroughly examined, one can understand United's frustration. To begin, United's Eric Bailey appeared to be fouled by Rudiger before Wan-Bissaka kicked Silva's calf while attempting to clear his line. Nonetheless, despite the validity of United's claim, I believe they should not file a complaint for the following reasons.

Perhaps many have forgotten, but in one of the draws between these two teams last season, Chelsea were denied a clear penalty when Harry Maguire grabbed Azpilicueta's neck while defending a corner kick, but the referee did nothing.

2. Harry Maguire escaped punishment for intentionally kicking Michy Batshuayi in a game against Chelsea some time ago.

Another instance where United has been fortunate in the past occurred against Chelsea when Batshuayi and Maguire contested for a ball towards the outside field. The United captain appeared to kick the Chelsea striker, but the referee decided not to intervene.

Looking at these two scenarios, I believe United has been favored in the past and, as such, they should accept this decision that has gone against them because, in my opinion, it is their time to pay for some poor referee decision.