The Agent Mike Makaab of Kobamelo Kodisang, has provided a short update with reference to his situation at Braga and a probable move to another club on loan. 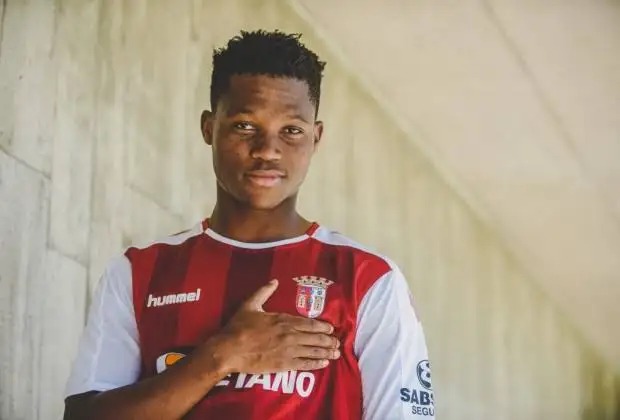 Kodisang has spent a lot of time in the Braga B team but earned his debut in the first team in April this year, which thrilled Braga coach Carlos Carvalhal.

“Braga has extended KK’s contract and I think we said that before, they’ve exercised their option, ” said the Prosport representative on Gagasi FM.

We have made it clear to the club that we would not allow KK to be loaned out to a club in Portugal's second division since he is a top-class young player and we don't want to lose him.

“If that’s the case we will rather consider bringing him back to South Africa.

That’s where we stand at the moment, we have to recognize that KK is tied to Braga but we are doing all in our ability to find a solution for the young man, most significantly for his football career.

We can't promise him playing time in his next move, but there must be a chance for him to play regularly.

It's not the only factor, but having him return to PSL is certainly something to think about.

Makaab went on to answer whether or not the player is still in the nation, which might further magnify talk on a prospective move to Kaizer Chiefs.

Kodisang, who grew up in Taung, a small village in the North West, emerged into the scene as a 15-year-old.

“KK is still in South Africa, but he is due to fly back to Portugal to commence the pre-season training with Braga,” continued Makaab.

Unless some intervening event occurs before.