Cavani's Real Reaction To CR7'Order' Revealed In No. 7 Drama?

While it appeared that Edinson Cavani cheerfully handed over his No. 7 jersey to Cristiano Ronaldo at Manchester United last year, a new article claims to expose what his true reaction was when he was told to do so.

Although he has confessed that he wishes he had known Ronaldo was returning to Manchester United weeks earlier, it appeared from the outside that the Uruguayan was content to award the club great the No. 7 shirt in August 2021. 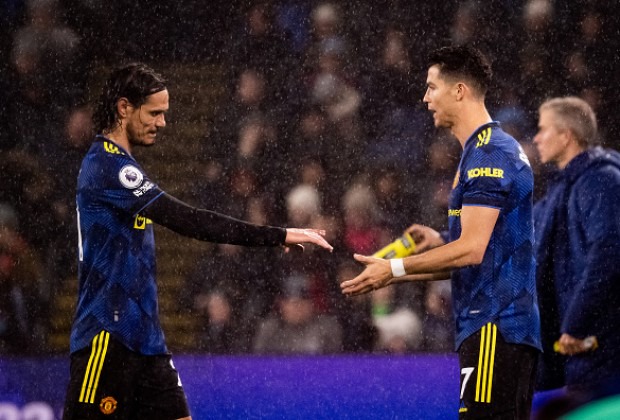 Cavani agreed to a one-year contract deal at Manchester shortly after it was reported that Ronaldo will return to Old Trafford from Juventus.

It was instantly assumed that the Uruguayan's influence and playing time would be harmed.

Ronaldo congratulated Cavani for agreeing to part ways with the legendary jersey number in his first news conference back at United, while it was also believed Cavani had no strong views about the shirt number move, which saw him adopt the No. 21.

However, according to the Daily Mirror, the ex-Paris Saint-Germain talisman was enraged after being told by the club's administration that he would have to give up his No. 7 to Ronaldo.

Cavani had a strong first season in Manchester, scoring 17 goals in 39 games across all competitions during the 2020/21 season.