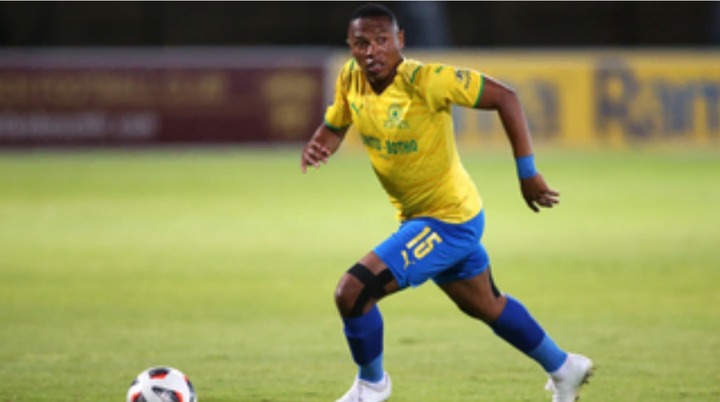 Rulani Mokwena, the co-coach of Mamelodi Sundowns, believes midfielder Andile Jali will be a contender for the coveted Footballer of the Season title after his remarkable performance for the Brazilians in the first half of the season.

Jali has had an outstanding season with the Brazilians, starring as a giant figure in the center of their midfield, where he also starred as they won the MTN8 for the first time after defeating Cape Town City in the final.

Jali has also been a regular performer in the DStv Premiership, with the Brazilians finishing the first half of the season with 44 points, thanks to 13 wins, five draws, and one loss.

His efforts were recognized, as he received many Man of the Match awards. But it was in December, when he won the Player of the Month award, that he stood head and shoulders above the rest of the top-flight players.

On Monday, Mokwena and co-coach Manqoba Mngqithi were chosen Coach of the Month for December, and Mokwena believes Jali's form has put him in a strong position to be considered for the Footballer of the Season award.

"Giving performances that average seven or eight for every game this season is perhaps the most challenging thing a player can do in football." However, he needed to be praised for all of his hard work."

"However, we will continue to work in this manner." And perhaps the argument will begin. Because I'm amazed that, given AJ's and Mshishi's (Themba Zwane's) consistency, the Footballer of the Season conversation has yet to begin. "I'm taken aback."

The reigning champions may have entered the break with a solid 14-point lead in the league, but Mngqithi claims it wasn't easy to achieve, given their busy schedule in December, which demanded a lot from the players.

"This was a moment in which the players needed a lot of rest and restoration." It's always a struggle. You never have time to recuperate when you have a lot of matches in between. Our boys, on the other hand, performed admirably.

Meanwhile, Nkosingiphile Ngcobo of Kaizer Chiefs won the Goal of the Month title for December after scoring a magnificent curler in their 2-0 win against Maritzburg United in their final league game of the year late last month.

"As a team, we finished the calendar year 2021 on a positive note. We also put forth a lot of effort. As players, we competed against each other. And I believe we worked well together. "We intend to maintain the same pace and mentality," Ngcobo remarked.