By Skhosi (self media writer) | 1 year ago 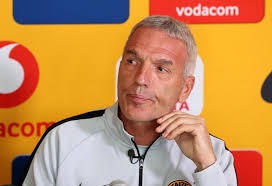 Former Kaizer Chiefs coach who was recently fired Earnst Midderndorp, could jump straight to another coaching job in the Premier Soccer League.

Midderndorp was fired by Kaizer Chiefs last week with one year still remaining on his contract. Ajax Cape Town has shown interest in his service but that depends on their promotions playoff first.

Ajax Cape Town have put Ernst Midderndorp high up on their list of potential coaches who might be interested in coaching them, if they become promoted to the PSL.

Should Ajax Cape Town, currently coached by Calvin Marlin in the interim, fail to return to the PSL, it is believed that Midderndorp could still have a role to play at the club in another capacity, however that is unclear at the moment. 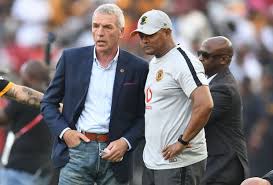 Midderndorp also had interests abroad, in the German Bundesliga 2 as well as Australian A-league. But for him to remain in the PSL looks like his first option at the moment.