Hugo Broos released touching words after a loss against Ghana

Broos has reinvigorated the senior national team since taking over by winning four, drawing one and losing just one of the six group matches. 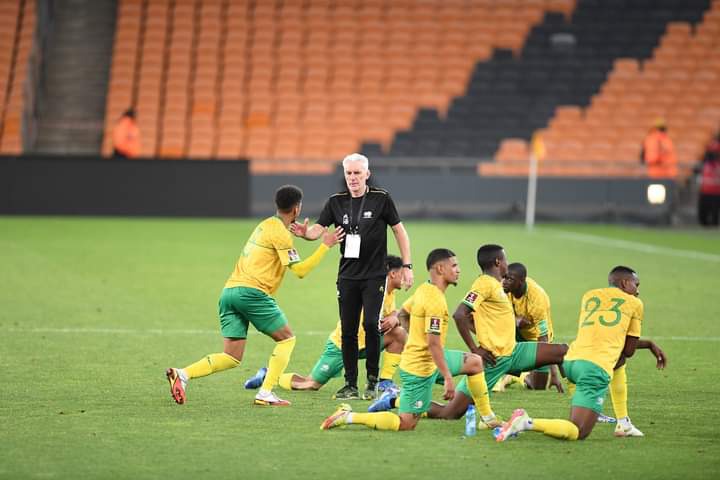 "I’m disappointed today because we were very close," says Broos.

Less African teams participating in the world cup, less drama, such  officiating and behavior of players on the field of play, exposes our continent, we are regarded as failures, treatment against each other is not acceptable.

FIFA should have used VAR to all these final matches. It seems referees were the winners this past weekend.

Their downfall was letting the game to be televised they wouldn't be exposed like they did. So the whole saw the cheaters for what they are, everyone felt sorry for them when Suarez handled that ball in 2010.

like attention, we are talking about national teams but you find it fit to drag Kaizer Chiefs name in the mud. Please respect our team.

What confuses me is that European qualifiers have VAR but we dont have it here in AFRICA but we contesting for the same event.

Many people are missing the point here... the point about match fixing (corruption). Whether this or that player should have played is a different point. It doesn't matter who played, corruption is corruption. Let the authorities determine if the referee was in the wrong or not.

SAFA case at FIFA to drag on