Cape Town Spurs won 2-1 for a lifeline in the GladAfrica Championship.

Cape Town Spurs played their latest fixture against University of Pretoria FC and won the match 2-1 in the end. 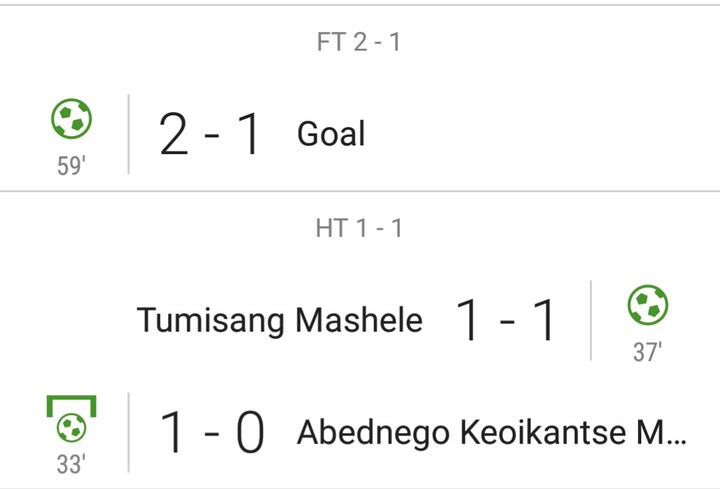 Cape Town Spurs opened the scoring in the match when Abednego scored the opening goal of the match in the 33rd minute of the match from the penalty spot to lead at 1-0. University of Pretoria FC managed to equalise when Tumisang Mashele scored just 4 minutes later in the 37th minute to level the score on 1-1. Cape Town Spurs managed to score their second goal in the 59th minute of the match to win 2-1 at full-time. Cape Town Spurs claimed three points from their home fixture to end on 30 points with one match left to play. Cape Town Spurs is in the relegation zone with Steenberg United above them out of the zone also on 30 points but a greater goal difference. Steenberg United has played 30 matches, and with Spurs now 29 matches played, they stand a chance of getting out of the relegation zone by a win or draw as they need just one point to stay on in the GladAfrica Championship. 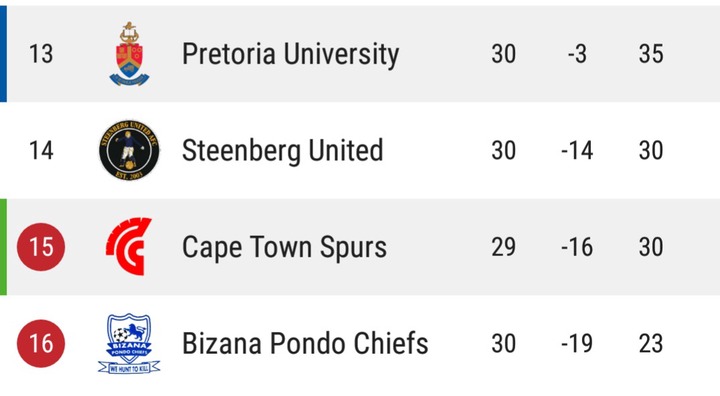