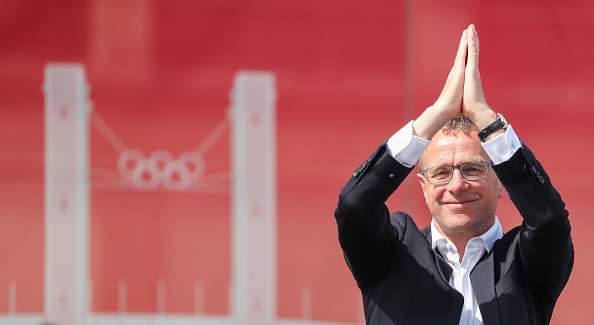 With various reports having suggested that United were conducting a number of interviews for the interim manager position earlier last week, the Red Devils have now appointed former RB Leipzig boss Rangnick for the role following his exit from his position as managing director of sport and communications at Lokomotiv Moscow.

But he is an influential player he should be on the starting 11 for big games.It's time we accept that CR7 and messi are not on top of their game.Who is benching Ronaldo ? That's disrespect. Of course he is the best player to be benched.

Owners of man Utd are destroying the team by appointing so called legends What's Soo difficult to put ZZ on the throne.Soccer Laduma you always late shem. We read about this last week.

United's new interim manager is widely considered as one of the most, if not the most, influential people in the history of German football as he is credited for developing the famous "gegenpress" philosophy that has been popularised by Jurgen Klopp at Borussia Dortmund and Liverpool.