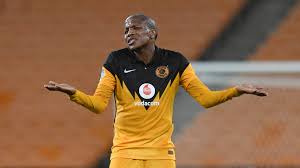 Kaizer Chiefs midfielder Lebogang Manyama's future at the club has been cast into further doubt after the Naturena-based side were linked with a star midfielder, playing in the same position.

Manyama hasn't had a good start under returning coach Stuart Baxter, as he got injured towards the end of the last campaign and was recovering in the off-season.

The former Cape Town City attacker returned from his injury after a couple of games into the new season but it seemed like he was rushed back into action, as he broke down again, although he has since joined the last couple of matchday squads. 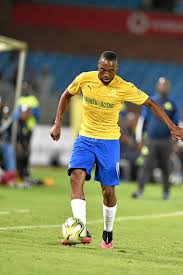 It has now emerged that Chiefs are considering making a move to sign Mamelodi Sundowns midfielder Sibusiso Vilakazi, who is struggling for game time at the DStv Premiership reigning champions.

Competition for places is fierce at Sundowns, with the likes of Haashim Domingo and Neo Maema preferred in midfield and that has put the former Bidvest Wits player in the cold.

Vilakazi will be 32 by the end of this month and naturally would gravitate towards coming up with a solution, of finding a team that can give him game time, although that's easier said than done. 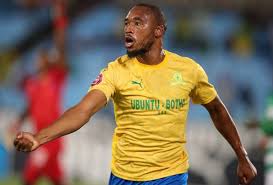 According to Soccer Laduma, Vilakazi is still contracted to Sundowns until 2024, which means if Chiefs are serious in signing him may have to pay a huge transfer fee.

If Amakhosi seriously pursue Vilakazi, they could at the same time looking to off-load Manyama, who plays in the same position as Vilakazi and his contract is coming to an end at the close of this season, although Chiefs have an option for another season.

Manyama hasn't produced a good return on investment in the last couple of season and is starting to become injury prone and has had a problem of carrying too much weight, so it wouldn't be a surprise if Chiefs don't exercise an option to renew his contract. 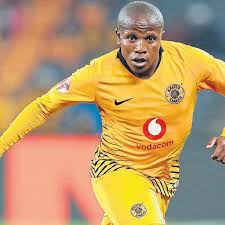 The Glamour Boys are building a reputation of signing former Sundowns players and their reported interest on Vilakazi is not surprising.

Chiefs actually lack a classy midfielder who can link the midfield with the attack, with the likes of Cole Alexander, Phathutshedzo Nange and Njabulo Ngcobo, all lacking the required skill to carry the team on their shoulders, especially going forward. 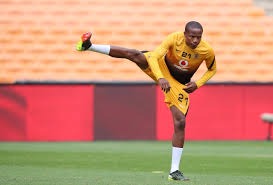 The Glamour Boys are also reportedly chasing former Sundowns midfielder Bongani Zungu, who has made it clear that he wants to leave his French second-tier side Amiens.

Amakhosi perhaps are hedging their bets between the two, where if they don't get Zungu, they could move on to try to sign Vilakazi.

Do you think Vilakazi can fit in at Chiefs?

Check Out The Breakfast Prepared By Rakgadi This Morning, See Pictures

Uzalo: Hleziphe is enjoying a revenge is doing to Nonka see why

Zwane Confessed His Truth About Some Kaizer Chiefs Players