Barcelona Need New Blood, We Had Failed And I Offer Myself To Go Said Angry Barca Star

By Aviot (self media writer) | 1 year ago

Last night encounter between Barcelona and Bayern Munchen humiliated anyone who is associated with Barcelona, after they were defeated by 8 goals to two in a sigle game. Something that no one would had thought that it will happen any a given day as Barcelona is one of the strongest football clubs in the world. 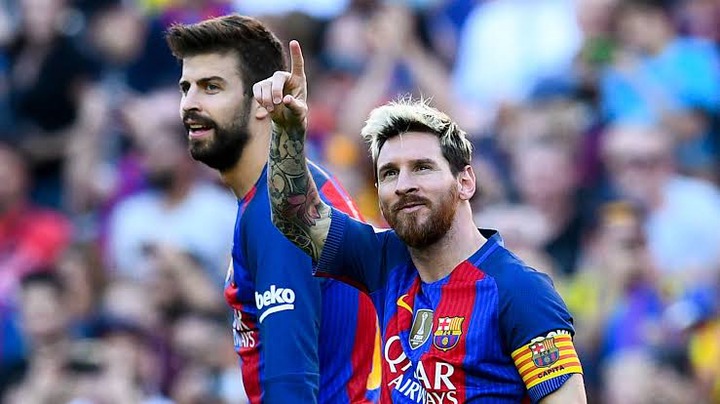 During their last La liga game defeat against Sossuma, Lionel Messi was angry to an extent whereby he confessed that Barcelona is not the same and he also said that he is not sure if they will beat Napoli. He said Barcelona is about winning and the current Barcelona team is erratic and lack moral, furher more Lionel Messi was part of the team that was humiliated by Bayern Munchen on Friday night.

However, Lionel Messi not the first player to say that he wants to leave the Caltan giants, with Pique after the game said that "The clubs need changes and I’m not talking about the coach or any one player. The club needs profound change. We have hit rock bottom. We need to reflect and do what is best for the club.," Pique said, as per Daily Mail. Barcelona spent the 2019/2020 season without any silverware and that is something that many Barcelona Supporters are used for. But now that they had failed to deliver Pique says we must not blame the coach but players must come to terms that it is time for players to look deeply in themselves and make right decision. Content created and supplied by: Aviot (via Opera News )