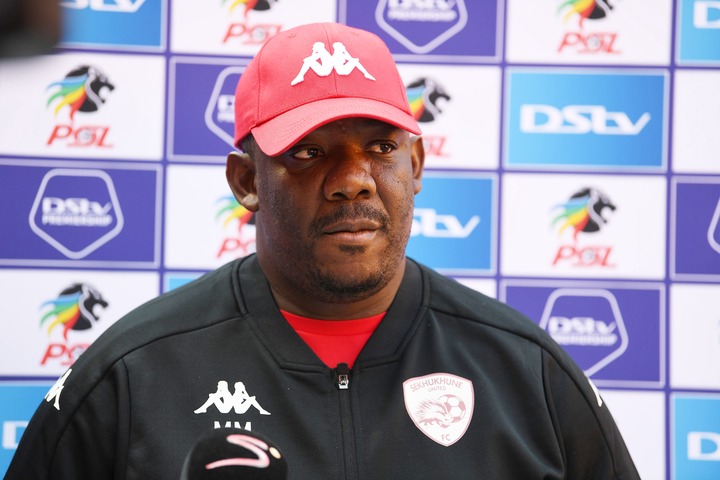 Makhubedu was not satisfied with how his team was defeated and the penalty that was awarded to Sundowns.

Following his team's 2-0 DStv Premiership loss to Mamelodi Sundowns at Tuks Stadium on Saturday, Sekhukhune United coach MacDonald Makhubedu was as gracious as he could be, saying, "It wasn't a penalty, but I'll accept it."

Makhubedu said "referees are human" following his team's bid to rally from a 1-0 deficit in the second half was largely wrecked when Peter Shalulile's strike struck United right-back Nyiko Mobbie in the chest, although referee Christopher Kistoor given a penalty for handball. 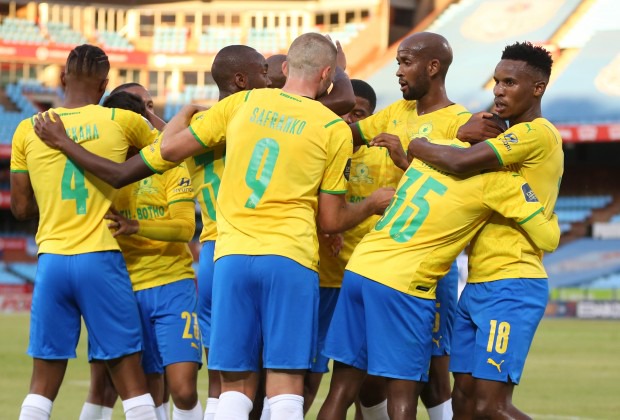 Themba Zwane scored a penalty kick in the 60th minute. "I'm not so certain about that, Ja." When questioned about the penalty decision in the post-match press conference, Makhubedu replied, "Where I was sitting, my viewpoint was obstructed." "However, while watching the replay [chuckles], let me just add that referees are human, and the ref's positioning may have been off."

"But it wasn't a penalty, so we received it in another game as well, in which we lost 2-1 to another team — I won't name names."

However, I'll take it. If the ref examines his performance from [Saturday], he can endeavor to improve on his next performance. Even though it wasn't a penalty, I'll accept it."

Makhubedu said that Sekhukhune had learned from their strategy to the game in the first half, when a low defensive block permitted Downs to play in their half, allowing the Brazilians to take the lead through Nea Maema's 21st-minute shot. In the second half, United's medium press put greater pressure on Sundowns, particularly in the dying minutes. In the 86th minute, Downs goalkeeper Denis Onyango was sent off for a last-man foul on substitute forward Tshediso Patjie.

Sekhukhune are now on the 5th position of the league standings sitting with 20 points.