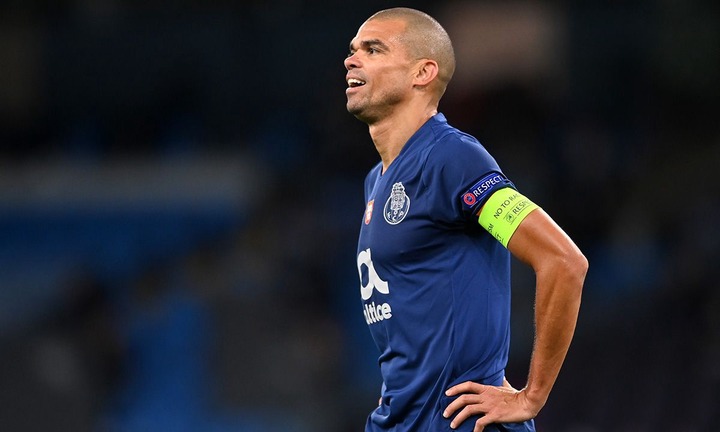 Former Real Madrid star Pepe's career is hanging by a thread, as he is reportedly facing a two-year ban from football for his violent behavior in a match last week.

At the end of a match between FC Porto and Sporting Lisbon, hell broke loose when players and staff invaded the pitch, exchanging harsh words and shoving each other.

Pepe, who has never shied away from violence since the start of his career, was sent off for kicking Sporting director Hugo Viana after the two had exchanged harsh words.

It is also claimed that Pepe hid a bullet from match official Joao Pinheiro earlier in the game after it was thrown by fans.

It is also claimed that Pepe's teammates had to force him to show the referee the metal piece he had chosen.

Agustin Marchesin of FC Porto was also shown a red card, as were two Sporting players.

On the scoreboard, the game ended 2-2.

However, since his return to football in 2019, this is his first red card in a league match.

The experienced centre-back has received 13 red cards during his professional football career.

Prior to this recent incident, he had received two yellow cards against Sevilla at Real Madrid in 2011.

[Opinion] This decision by Chiefs is embarrassing

Ex-Sundowns Star Nacimento Scored For Royal AM To Sink Chiefs