Barcelona interested in signing Arsenal captain on a Bosman move 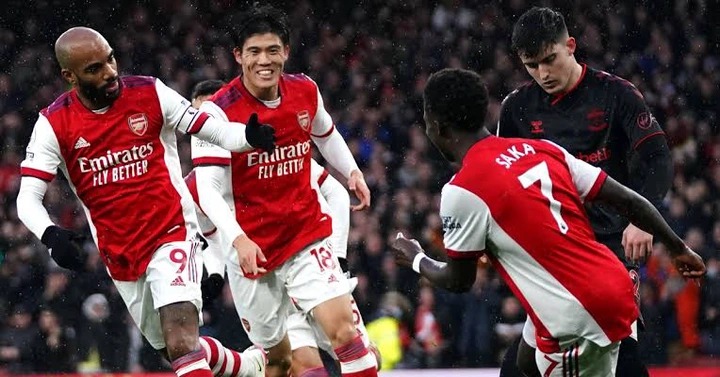 Barcelona are after another Arsenal forward, current captain Alexandre Lacazette, following their January success with the acquisition of Pierre-Emerick Aubameyang.

After a spat with manager Mikel Arteta, the London club elected to terminate Aubameyang's contract, just before the Catalan giants secured him on a free transfer. The Catalans have reaped significant benefits from the acquisition, with the 32-year-old quickly establishing himself as an integral part of Xavi Hernandez's team.

Barcelona are on the lookout for a new striker this summer and have been linked with a number of high-profile players, including Erling Haaland and Robert Lewandowski. However, the costs and wages associated with signing them may be prohibitively expensive.

As a result, the Spanish outfit is keeping a look out for more affordable alternatives like as Lacazette. Arsenal's contract with the Frenchman ends at the end of the season, while speculations in France suggest the north London club may offer him a short-term deal.

Despite this, Barcelona are interested in signing the striker who succeeded Aubameyang as club captain following his exile and ultimate departure.

The 30-year-old has six goals and eight assists in 29 appearances in all competitions this season.

Lacazette, whose Transfermarkt valuation is €20 million, is also being targeted by his former club Olympique Lyon, and the prospect of returning to France appeals to the Frenchman.

If Barcelona pursues him, the 30-year-old striker may be enticed to reconnect with former Arsenal teammate Pierre-Emerick Aubameyang at Camp Nou.