By Sanele_writer (self media writer) | 9 months ago

A clash of titans a in the Premier Soccer League fixture were the Citizens Cape Town City will host SuperSport United for maximum points. 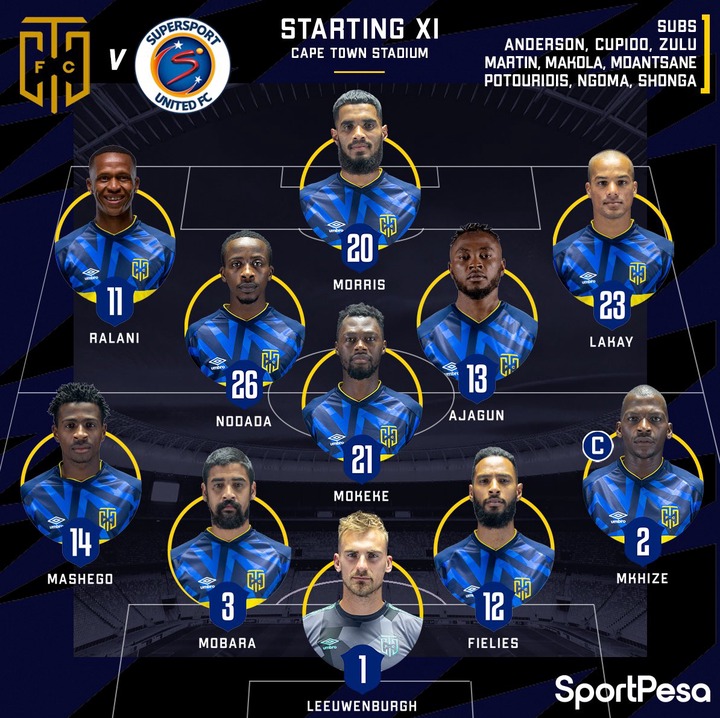 Both teams come to the encounter with hope to end thiwr winless streak as they have been surfaced with draw in thier previous gamea as they also want to catch up on tittle chasers.

As both team are favourites to win the fixture as they produce top performers in thier sqauds.

SSU still believe there's a huge chance to contender for the season but with Citizens on thier tracks it will be a tough encounter for both teams.

CTC with most of thier players back for today's match and will want to avoid defeat.

A tough starting XI that will pose threat on the Pretoria side defence and hope to kill the gane early in the game.

However thier opponents won't backdown without a defeat as they also want to claim maximum points and return home with a win.

Causes and treatments of lower back pain.