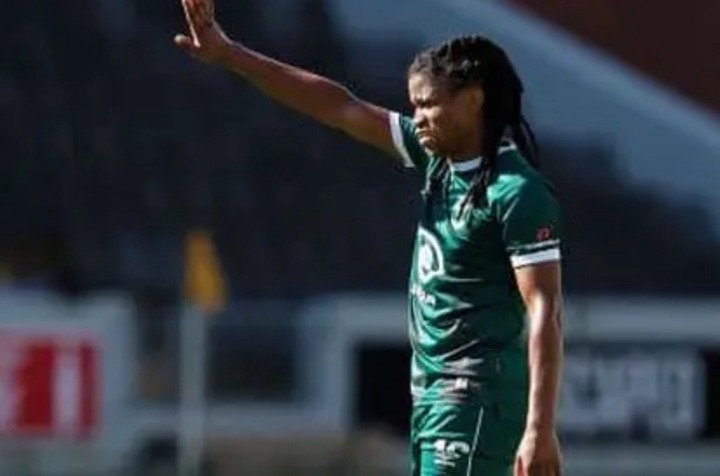 Siyethemba Sithebe, an AmaZulu midfielder, will not be affected by being frozen out for the rest of the season.

According to Sihlangu Sithebe, the player's agent and uncle, the stuck star has been in a similar scenario before.

Sithebe had to spend six months on the sidelines due to injuries at some time in his career, according to Sihlangu, but he returned stronger.

Sithebe has signed a pre-contract with Chiefs, which has irritated AmaZulu management, who intended to keep him beyond his current contract's expiration in June.

AMAZULU'S DECISION WILL HAVE NO EFFECT ON SITHEBE.

"If they don't play him, it won't have a big impact on him." This happened in Mbombela; he was gone for six months due to injury, but he returned to AmaZulu and performed miracles," Sihlangu said Isolezwe.

"Even though he didn't play the first few games due to clearance concerns, he came in and performed admirably."

"During his debut season, he appeared in approximately 23 games. Siyethemba put up a lot of effort for AmaZulu. He's a firm believer in what he's doing. While at AmaZulu, he was even called up to the national squad, and while at Usuthu, he won the Cosafa Cup. He was the one who put AmaZulu on the map."

SITHEBE IS STILL REQUIRED BY AMAZULU

Sihlangu, on the other hand, does not believe the AmaZulu technical team will support the decision of the management not to play his nephew.

After all, Sithebe is critical to AmaZulu's success in the CAF Champions League, according to Sihlangu.

"I don't think the AmaZulu coaches would heed the president's instruction not to play Siyethemba because they need him and pay him unless they want to forget about the CAF Champions League because they are performing well in it," Sihlangu continued.