No fan of the Orlando Pirates should miss this story. Pitso Mosimane has made a great point that will make them smile before bed and sing in the bath in the morning. 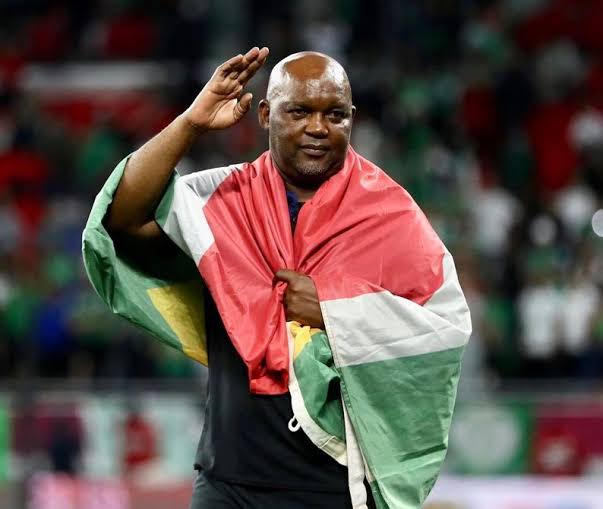 Pitso said that the Sea Robbers deserve more respect in Mzansi during a conversation about how PSL giants like Kaizer Chiefs, Mamelodi Sundowns, and Pirates need to compete more often in Africa.

Mosimane said in the most recent episode of Soccer Laduma, "You remember how well Orlando Pirates did in the Champions League, and they've done very well."

"They were there for a long time. They even won the country for us so that we could get four spots in CAF, two for the Champions League and two for the Confederations Cup.

"Orlando Pirates kept South African out for about seven or eight years, and nobody gives Pirates credit for that," the former Mamelodi Sundowns and Al Ahly coach said.

Fans of the Pirates have been given a much-needed shot of excitement. Four of the six new players at the club have been shown to the public by the Sea Robbers.

The club has made six deals, but this video only shows four of them. We see Eva Nga, Tapelo Xoki, Miguel Timm and Nkosinathi Sibisi.