See what the Pirates' Coach had to say after his team's Cup loss to RS Berkane.

MANDLA Party's response to CAFCC's final defeat in the competition 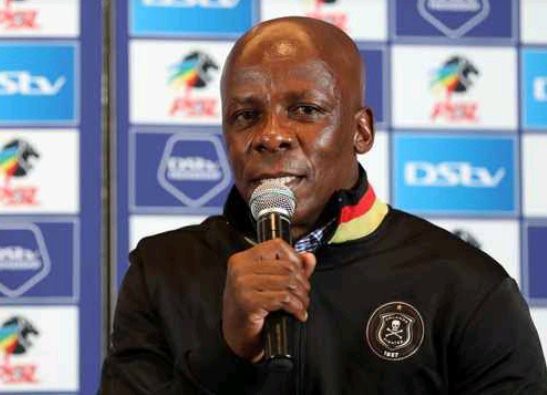 Despite a 1-1 tie after regulation, the Buccaneers lost on penalties, 5-4. It's unfortunate that Thembinkosi Lorch, who scored a 117th-minute equalizer, was painted as the villain after missing a penalty attempt.

Previously, the Pirates had lost in the finals of the 2013 and 2015 CAF Champions Leagues. Since then, this was their third consecutive loss in a CAF interclub event final.

"In light of our team's present circumstances, my heart goes out to them. "We lost a contest we should have won," he commented after the game was over.

"We had several opportunities to win, but we failed to take advantage of any of them. In our season, this has been the theme: you create so many opportunities, but you can't score a goal because you dominate the play.

Because the athletes and the squad battled so hard, I feel pity for them. Because we have no other option, we must accept the existing state of affairs.

In the words of one player, "the most irritating thing is that we should have won based on our dominance and the quantity of opportunities that we generated." It's game over in football if you don't capitalize on your chances.