Atletico Madrid is pleased to announce the signing of Antonio Griezmann on one-year loan deal.

By Tshiamo_Pacifist (self media writer) | 4 months ago 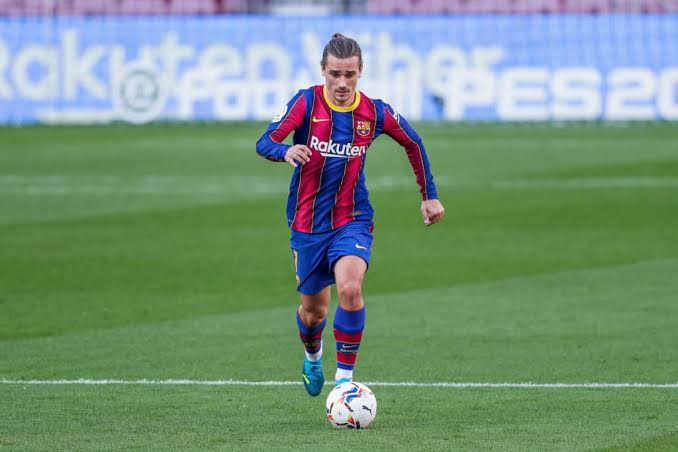 Antonio Griezmann used to earn 120 million euros at FC Barcelona, making him to be one of the highest paid players in the club. The catalan club confirmed his departure, saying Atletico "will pay his wages", confirming that the deal includes a compulsory permanent transfer clause when his loan finishes.

Neither club disclosed the obligation-to-buy fee, however it was reportedly set at 40 million euros($47.2 million). Griezmann will be joining Luiz Suarez who left barca 12 months ago, at the reigning LaLiga champions Atletico Madrid.

Barcelona signed sevilla striker Luuk de Jong as a replacement to Griezmann's departure.De Jong has just scored 10 goals in two seasons in spain.While Griezmann has been involved in 20 goals for barca, scoring 13 and assisting 7 in 36 games played.

Antonio Griezmann only major trophy that he has won with Atletico Madrid is Europa League, which they won in 2018. He has also won Copa del Rey with Barcelona last season.He scored the opening goal in the final against Atletic Bilbao.

The 5 times European Champions Barcelona has failed to win Champions League since 2015, when they were inspired by the front trio of Messi, Neymar and Suarez. They also failed to get passed the quarter finals during Griezmann's two campaigns at the club.

Barcelona came second in LaLiga log table , losing it to their rivals Real Madrid with 5 points difference,in Griezmann's first season. They went on to finish third last season as Atletico Madrid were claimed champions followed by Real Madrid on the second place.

Griezmann has made 95 appearances for his national team France and he managed to score 38 goals, including once at euro 2020 as the world champions were knocked out by Switzerland in the last 16.Drop your views on the comments section, let us know what do you think about this loan move.

Content created and supplied by: Tshiamo_Pacifist (via Opera News )