By Unspoken_Dimension (self media writer) | 19 days ago

According to transfer reports on Estadio Deportivo (h/t Manchester Evening News), Manchester United have inquired about signing Sevilla star Jules Kounde. The just turned 23-year-old has been brilliant at the back for the Spanish club in recent seasons.

Sevilla won the UEFA Europa League in 2020 as a result of his excellent defensive performances, and little has altered this season. Julen Lopetegui's team has the top defense in La Liga this season, conceding only seven goals. Because of his defensive record, Kounde has piqued the interest of a number of organizations.

The Frenchman was on the verge of joining Chelsea this summer, but the deal fell through. The Blues, on the other hand, may be interested in bringing him back next summer. But they will not be alone in this pursuit. 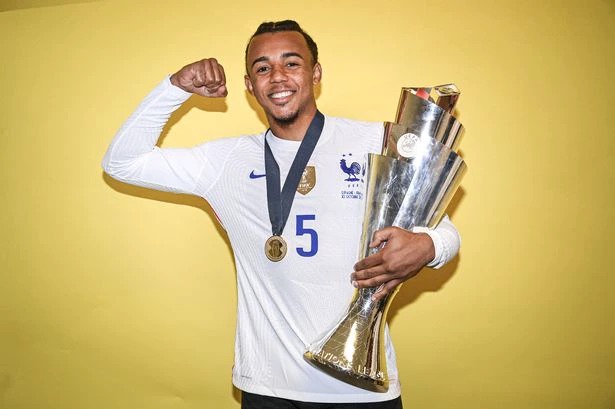 During the summer transfer window, Manchester United reportedly planned to sign two defenders but only succeeded to sign Raphael Varane.

This season, their defense has been everything than stellar, with only two clean sheets in 16 games across all competitions. Harry Maguire does not appear to be his former self, and Varane requires a top-tier teammate to work alongside him. Kounde has already built a partnership with his national teammate after helping Les Bleus win the UEFA Nations League last month.