Owner of Royal AM and Durban businesswoman Shauwn Mkhize knows how to get people's attention and make them laugh. 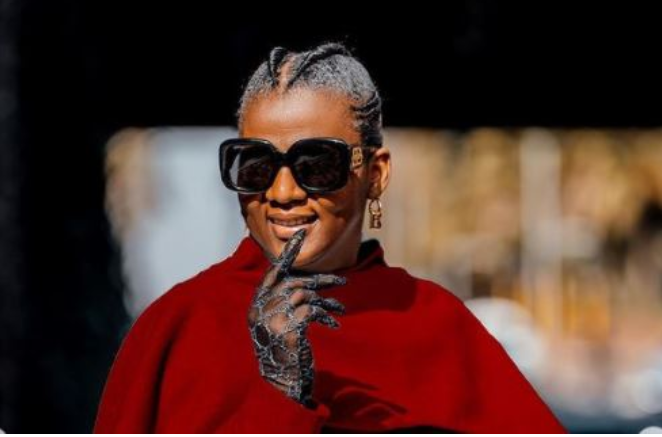 Shauwn "MaMkhize" Mkhize, the owner of Royal AM, made headlines long before her purchase of Bloemfontein Celtic in August of this year.

Except for the fact that she stole the show once again by paying players with cash mid-pitch on Saturday, these are some of the other things she did to shock the generally sedate local football world:

A Trophy Parade For Nothing

As a result of their efforts in the GladAfrica Championship last season, MaMkhize presented their players with a fabricated trophy and medals, believing they had won the division and qualified for automatic promotion as a result of this.

However, this was done against the wishes of the PSL's legal team because a DC lawsuit was still proceeding at the time, which ultimately determined that Sekhukhune — and not Royal – were the champions. That didn't stop MaMkhize and her friends from hosting a party where the music was blasting, the dancing was on point, and the champagne was flowing freely.

It is shown in this screenshot that Shauwn Mkhize and her son Andile Mpisane are handing out cold, hard cash to players after the 2-1 league victory over Maritzburg United at Chatsworth Stadium.

After believing they had been duped, Royal went on a series of legal proceedings in an attempt to achieve promotion ahead of Sekhusukhune. However, while she mostly left everything in the hands of her legal team, she continued to publish long, detailed statements on her social media pages, saying that she was singled out for harassment because she was a woman and swearing that she would fight to the final end. She was granted temporary relief by the High Court of Joburg, but she was eventually defeated in the same court, which ruled that the playoffs may begin. She made a dramatic promise that she would pursue the case all the way to the Constitutional Court.

Following a court order in June, the Premier Soccer League opted to proceed with the playoffs, which included MaMkhize's Royal, Chippa United, and Richards Bay. In one match, Royal arrived in style, with high-powered automobiles taking the officials and a luxurious coach transporting the players to the stadium.

Royal, on the other hand, left the stadium without kicking a ball, despite the fact that television cameras were ready to record the activity. Chippa was given a walkover when they were seen speeding out of the stadium by television crews. Chippa then regained their status as champions of the mini-league, having defeated Richards Bay in the final match.

Dream comes true for the queen .

By purchasing financially struggling Bloemfontein Celtic just days before the start of the season, MaMkhize was able to realize her ambition of owning a Premiership team in an unexpected turn of events. Because the squad had to transfer quickly to KZN, it was no surprise that they lost their first two matches.

More confusion ensued, however, when players claimed they had not received their full salaries by the end of August. MaMkhize and her supporters responded by claiming that several players and officials had doctored their original contracts, exaggerating their salary, and as a result, they had not been paid.

MaMkhize made one of his most loud public appearances in September, following Royal's 4-1 hammering of Kaizer Chiefs at FNB Stadium. This was the point at which the socialite and her entourage came full circle, this time with a massive Bluetooth speaker in tow. They were videotaped rejoicing in the seats, and then they brought the party to the field, where Andile Mpisane danced like there was no tomorrow, and the crowd went wild.

Although MaMkhize appeared to be accompanied by security during the match, the most talked-about aspect of the event was the fact that a shotgun was visible in the possession of one of the crew members. When the topic of whether firearms were permitted in PSL games was broached, tongues were wagging all over the place.