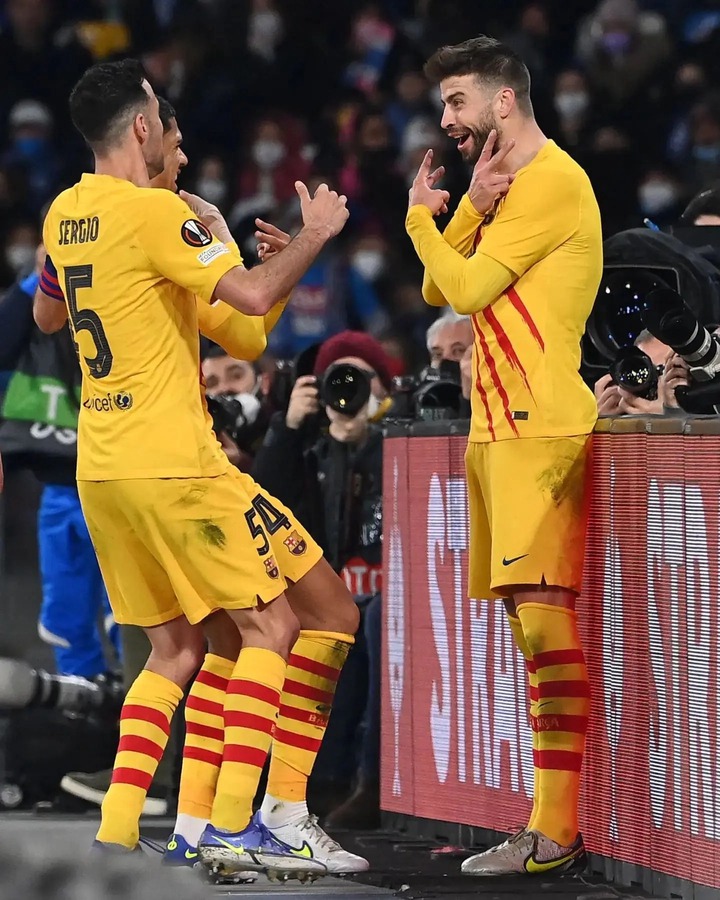 Barcelona advanced to the last 16 of the Europa League after defeating Napoli 4 – 2. Jordi Alba finished off a counter-attack from Adama Traore's ball, and Frenkie de Jong curled in a stunning shot, giving them a two-goal lead. Barcelona put in a strong performance to defeat Napoli and advance to the Europa League quarterfinals.

Barcelona's last-16 opponent – one of the Europa League group winners – will be revealed in Friday's draw. In response to Russia's invasion of Ukraine, both sets of players held a banner that read 'Stop War' before the game.

Barcelona must now be considered a strong contender for the Europa League title. Results have improved since Xavi replaced Ronald Koeman, and their front three, all Premier League January signings, have rekindled their spark.

In the first half, Napoli's pressing from the front was ineffective, and Barcelona took control of the match. Traore, who is on loan from Wolves, has now assisted four goals in five games for Barcelona. He brushed aside several defenders before sprinting from the halfway line to feed Alba.

In the 13th minute, Ferran Torres, a £46.7 million signing from Manchester City, backheeled the ball to De Jong for their second goal. Following Insigne's penalty kick for a foul on Victor Osimhen, Pique scored Barcelona's third goal just before halftime to restore their two-goal lead.

Traore then crossed from the right wing, and De Jong stepped over the ball, allowing Aubameyang to fire in an excellent fourth goal. The Gabonese international, who joined on a free transfer from Arsenal, also scored a hat-trick against Valencia last weekend.

Politano's poor performance three minutes from time was too late for Napoli to change the outcome.