Lionel Messi reportedly felt "betrayed" by one of his ex-Barcelona teammates leading up to his departure from the Catalan club in July. 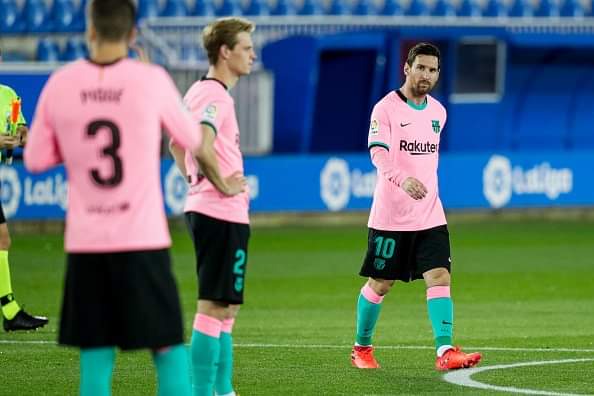 Following the expiry of his contract in June, Messi left the Blaugrana after the club revealed that they were not able to afford a new deal for their record goalscorer, even though the Argentine was open to taking a massive pay cut in order to stay at the Camp Nou.

Messi knows that Pique told [club president Joan] Laporta that if Messi left [the club,] nothing [bad] would happen," Mascaro told Radioestadio Noche. Mascaro's colleague Toni Juanmarti added: "I do not know where or when, but surely the [number] '3' [Pique] will want to give his version [of the story].

Let's be realistic now, we won't win ucl this season. Let Xavi come and the first priority should be to qualify for the next season. It's kind of like obvious already Barca won't be winning UCL this season. Whoever taking over Koeman as the new manager will need time to rebuilt the team.

Why Barcelona don't grow swiftly in fan base and followers like before? Because it is always biased with unprofessional journalists. Hating CR7 it a liability to it. Even bleacher report very soon will surpass goal followers yet goal was miles far ahead of bleacher.

Another supporter in the bag for MacG

VIDEO: Konka finished all his money and he is in trouble