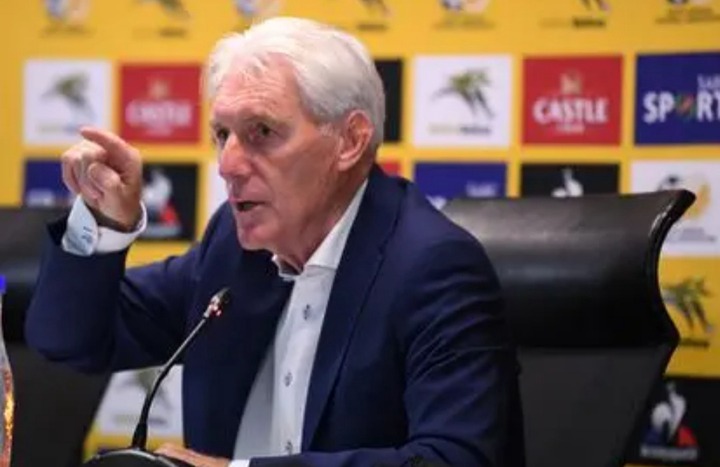 According to the most recent – and final – FIFA world rankings for last year, Bafana Bafana finished 2021 rated 68th. The contentious 1-0 setback Bafana Bafana suffered against Ghana at Cape Coast Sports Stadium, which made international headlines, will undoubtedly be remembered in an otherwise forgettable year.

South Africa were sunk by a 33rd-minute penalty by Ghana captain Andre Ayew, who needed only to avoid defeat to move to the next round of 2022 Soccer World Cup qualifying.

The contentious officiating in the match in Ghana, on the other hand, sparked a heated outcry, prompting SAFA to file a formal protest with FIFA, requesting an investigation into alleged referee prejudice and match manipulation.

Following his awful performance with the whistle, Senegal referee Maguette Ndiaye found herself at the center of the debate.

During the Group G match in Ghana, Ndiaye made a series of perplexing judgments, but none proved more expensive than the one that awarded the Black Stars the game-winning penalty.

It also resulted in Hugo Broos' first loss as manager and yet another failed World Cup qualification campaign.

Despite a strong reaction from SAFA, their protests were dismissed when the Group G match was decided not to be replayed.

South Africa fell two places to 68th in the standings as a result of the outcome, and remained there throughout the year.

Broos admits to being surprised by FIFA's decision in an exclusive interview with Sport24, describing it as "a huge deception."

"On the one hand, I was a little worried about that (FIFA not looking into SAFA's complaint) since we need to show that the referee was biased against us, but I believe the proof is there," he added.

"Of the 71 judgements he made, 47 were inaccurate — and 90 percent of the 47 faulty decisions were against South Africa.

"The proof is there, but you still have to show that Ghana gave him money or that he was betting on that game, which we couldn't prove... Then FIFA stated, "We can't accept your complaint because the proof isn't there."

BROOS HAS RETURNED TO HIS ORIGINAL COUNTRY.

The Bafana coach is now on vacation in Belgium, but will return to South Africa soon.

He stated, alluding to his team's failure to qualify for the World Cup, "This is now the past."

"We can't change it, so we have to focus on something else now, which is the Afcon 2023 qualifiers."