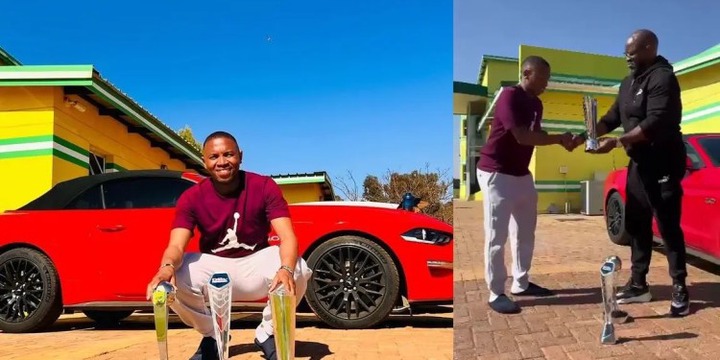 The season’s man, Andile, made history by being the first South African player to win four career trebles. In sealing his fourth, Andile won three awards showing his importance to the team. He won the DSTV Premiership midfielder of the season, MTN8 Last Man standing, and the NEDBANK Cup Player of the tournament. Such kind of a milestone demands a top legend to present such trophies. Former coach Komphela took his time to present the awards to the game legend in South Africa. 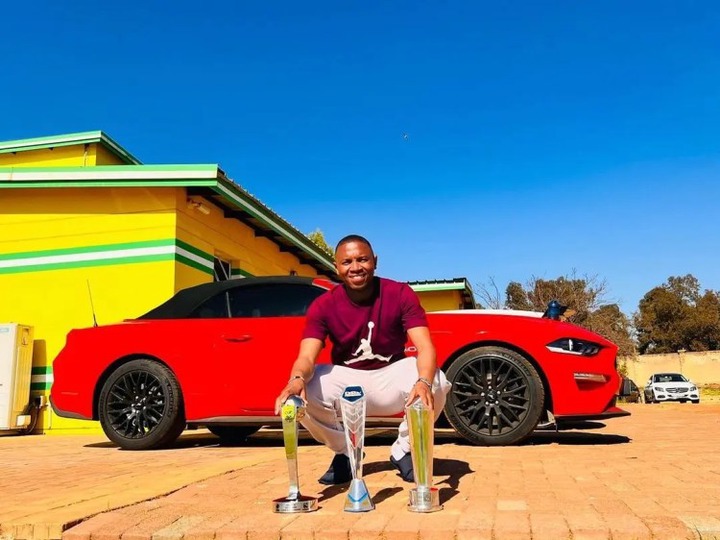 It took the thirty-two-year-old a few weeks before the official presentation was made at the training ground when players were back for pre-season. Upon handing over the awards, Komphela joked, saying that he was the only one allowed to call Jali the nickname Kwedin. The handover went along nicely, with Steve making many jokes that made the cameraman laugh behind.

Mamelodi Sundowns won the DSTV Premiership and the MTN8 before they won a deserved fight against Marumo Gallants to add the NEDBANK Cup, completing a treble. Their final game against Marumo Gallants sealed the treble with so much drama that will forever remain in the hearts of the fans. An extra-time goal by Thopelo Moreno shocked the stadium as the Brazilians went into tears of joy.

History is made; indeed, Jali is one of the finest and most successful local players in South Africa. His ability to boss the middle of the park has made him one of the best midfielders to play in the local league. He won his first treble with Orlando Pirates in the 2010/11 season; before he won, they won it again the following season. He signed for the Brazilians and won it in the 2019/20 season before getting his fourth this last season.

Jali is now a legend to both the Pirates and the Brazilians. Arguably the most decorated local player so far.