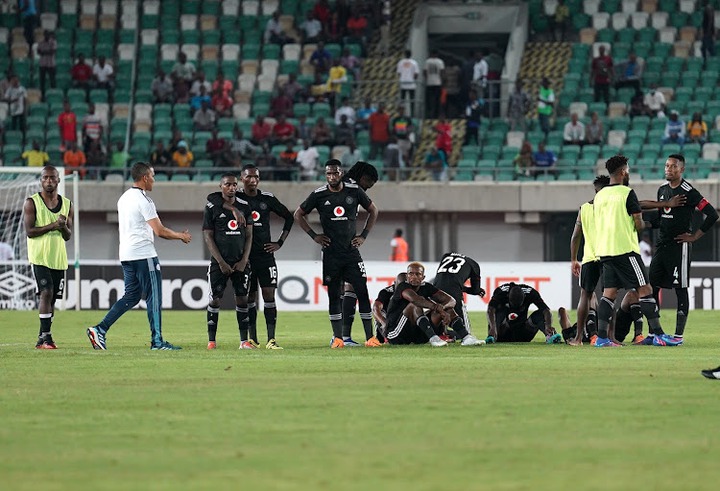 Frustrated Orlando Pirates coach Mandla Ncikazi faulted the team's unfortunate completing for their 5-4 misfortune to Moroccan side RS Berkane in a penalty shoot-out in the Caf Confederation Cup final in Nigeria on Friday. Pirates ruled belonging and scoring chances during the 120 minutes where they were tied on 1-1 in additional time after objectives by Youssef Alfahli and Thembinkosi Lorch. "Congrats to RS Berkane, extremely miserable for our team since we lost a final and a match that we shouldn't have lost," expressed Ncikazi after the match.

"It a match that we ought to have won in ordinary time. The account of our season is making such countless possibilities and ruling the match however you simply do what is more significant, which is placing the ball toward the rear of the net. "I feel for the players since they contended energetically, I feel for the team and what will be will be at this moment, we can't change yet the disheartening part is that it's anything but a final that we ought to have lost in view of the predominance and making of chances that we had. Football is that way, you don't place the ball in the net and this is the result."

Pirates should put this final loss behind them as they have a DStv Prevalence conflict against Maritzburg United on Tuesday at Orlando Arena where they are playing get up to speed. "As coaches we have an obligation to lift up the players, we are playing an association match on Tuesday and these are similar players who should play. It has not been a decent season for our team and the reasons are the ones that you say today where a match is overwhelmed yet the result and the final item isn't similarly similar to the manner in which we played.

"As far as the set-up, I will in any case pick a one-legged final played in an impartial setting and today I thought it was suitable that the match was played in Nigeria and in a nonpartisan scene."

Source: 'It is what it is,’ says Pirates coach Mandla Ncikazi as he surveys wreckage of Confed Cup final loss (sowetanlive.co.za)