The Total Energies CAF Africa Cup Of Nations has been clouded with controversy, there has been cases where the officiating was put under the spotlight, the match officials made some decisions which left soccer lovers baffled, wondering if the referee really qualified to be in charge of the games at the highest level in the continent. On top of the controversy list it is the Zambian referee Janny Sikazwe who hit the headlines a few days ago when he was in charge of the match between Tunisia and Mali when he made some decisions which were obviously clear that they are wrong, his first mistake was to flash a harsh red card to a Malian player, he then ended the game on the 86th minute of the game much to the annoyance of Tunisian team since they were one goal down.

Reports emerging suggests that Sikazwe has been appointed to be the Video Assistant Referee and will be on duty on Tuesday night, this time he will be in charge of the VAR system for the match between Gabon and Morocco, a group C match that could see both teams progressing to the next round or Gabon failing to progress if they lose. 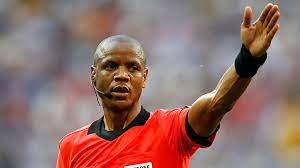 "Zambian official Janny Sikazwe received a wave of criticism after he made a number of controversial decisions in the aforementioned Group F clash, including blowing for full-time in the 85th minute of the tie. Sikazwe has since been appointed to be the video assistant referee for the Group C match between Morocco and Gabon that is set to take place on Tuesday night," kickoff.com reports.

It was later revealed that the Zambian whistle blower was rushed to the hospital after it was diagnosed that he suffered heat stroke on that day, that was the reason behind his questionable decisions, we will all be hoping that he doesn't make the same mistakes he did the last time. 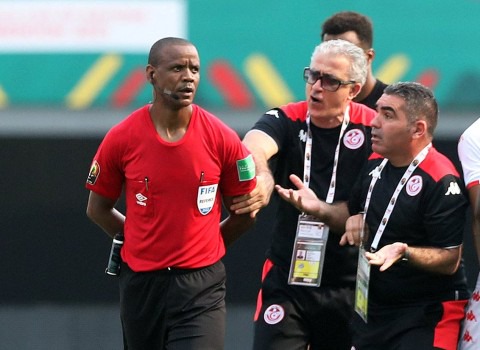 "Operation Dudula Is Funded By Capitalist Thugs Who Want To Displace Africans From Economic Space."