During their English Premier League meeting at Stamford Bridge during the second matchweek, Thomas Tuchel and Antonio Conte got into a few scrapes. 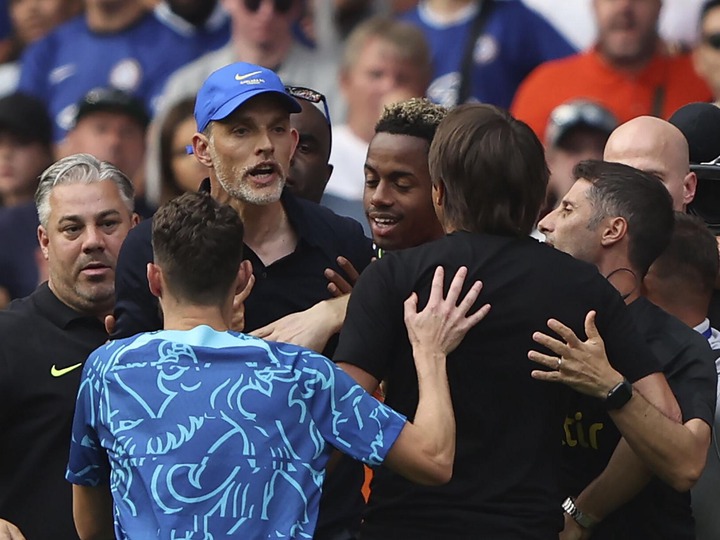 The FA (Football Association) punished the Italian and German coaches after they acknowledged that their conduct following the conclusion of the English Premier League match between Chelsea and Tottenham Hotspur was inappropriate.

Tuchel of Chelsea received a 35,000 euro sanction from the football association, while Antonio Conte received a 15,000 euro fine. Because both parties merit the same punishment, the FA's judgment is incorrect.

Remember that when Tottenham tied the game in the second half, Tottenham's Conte caused the commotion by tripping Chelsea's head coach. I think both teams broke FA regulations, and it is unfair and wrong to penalize Thomas Tuchel more severely than Conte. 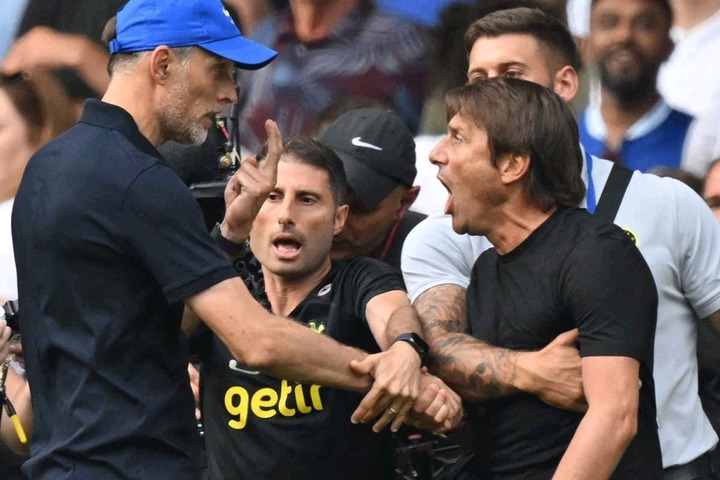 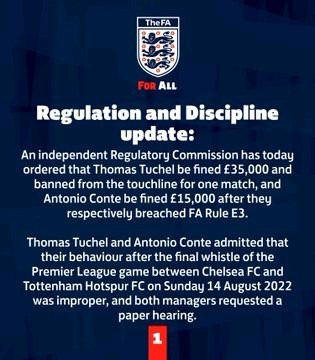 If necessary, Tottenham's head coach should get a bigger punishment because it was his excessive celebration that initially caused the problem. To express your ideas, use the comment section.