Kaizer Chiefs coach was so happy with the 3-1 win against Swallows. See what he said.

The Kaizer Chiefs coach was overjoyed after his team's 3-1 victory over the Swallows. Take a look at what he stated. 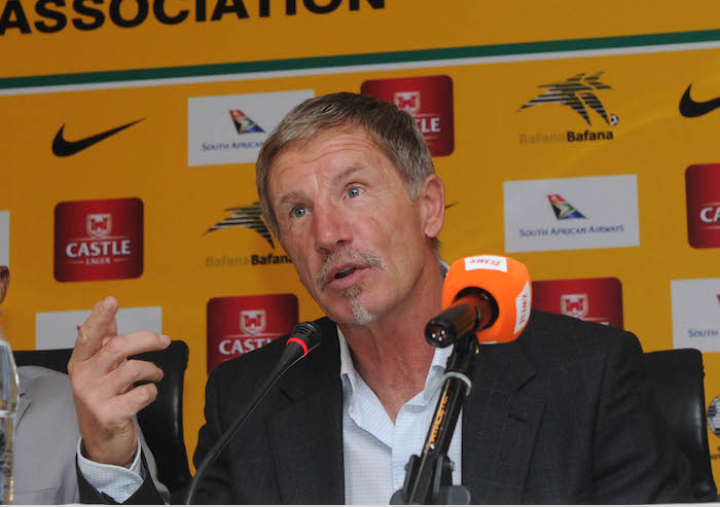 Despite the unstable condition of the ground, Kaizer Chiefs coach Stuart Baxter was pleased with his team's performance and the three points they earned.

However, while Baxter was critical of the drainage at Dobsonville Stadium, which was aggravated by inclement weather in the first half, the Amakhosi coach was really pleased with the way his team handled with the situation.

It was really difficult to play football in the first half of the game. The pitch was a mucky mess. Although it appeared to be really beautiful, it was extremely muddy. "The rain and wind, particularly in the first half an hour, were really, extremely problematic," Baxter said on SuperSport TV.

"I thought our shape and balance were fairly good, and then our front players, with their mobility and liveliness, delivered three moments of perfection, which was more than enough to give us the victory." And then, in the second half, we were just trying to keep the game under control because, with the pitch, you simply wanted to get away with it."

The AmaKhosi tactician then went into detail about why he chose to use three centre-backs on the day.

"We attempted to press hard. We played with three centre-backs today since the material we had on hand suited this formation. Moreover, we played with three centre-backs so that we could press them in this manner and prevent their inverted full-backs from getting on the ball and overwhelming the midfield. "I believe they went a little further than they intended to, and everything worked out okay," he continued.

Meanwhile, Siphosakhe Ntiya-Ntiya and Siyabonga Ngezana made their long-awaited competitive debuts after spending the previous season on the bench, and the Amakhosi coach was delighted to be able to put them through their paces.

"We've gathered a group of people. And we have to work together to get the job done. Kearyn Baccus was a standout performer in my opinion. Anthony worked extremely hard, but I believe he has seen better days. He's a really interesting character. And Ntiya was known as 'Little Dynamite Jim' when he first appeared on the scene, didn't he? Bibo, as you pointed out, also received some time, as did Happy, who received several minutes. All in all, it was a pleasant day. And, for the first time in a long time, we were able to get Siya back on the football field.

"We are looking forward to each and every game." "And then, after the game, you can ask me if I had a good time," Baxter said in conclusion.