Manchester United Fans Vote On Who They Want Out This Summer, The Results Are Interesting 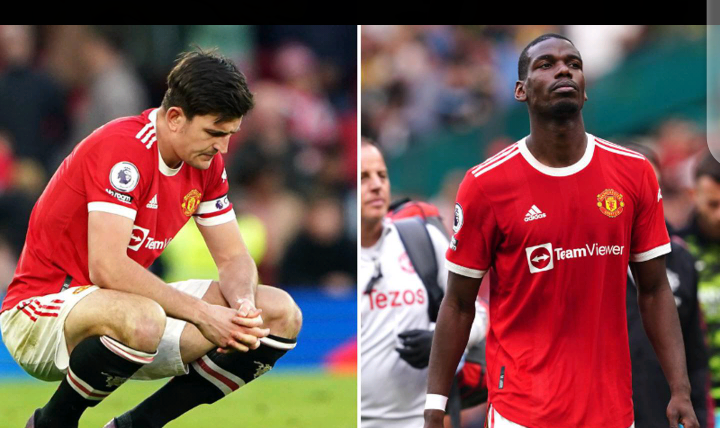 As the Red Devils prepare for a massive overhaul, 56,000 Manchester United fans have had their say on who should be fired in the summer.

Interim manager Ralf Rangnick recently stated that as many as ten new players may be required in the upcoming transfer window, with United having gone five years without a trophy and looking increasingly unlikely to compete in the Champions League next season following road defeats to Liverpool and Arsenal.

Erik Ten Hag has been named the club's new manager, with a contract that runs until 2025. The Ajax manager will look to make an immediate impact on the team.

His arrival might spell the end for many at Old Trafford, as United supporters have been voting in a new Sky Sports poll with 1.7 million votes on who should be fired.

Paul Pogba was the most high-profile player among the 30 first-teamers included in the poll. After walking off 10 minutes into Liverpool's 4-0 thrashing, the World Cup winner seemed to have played his final game 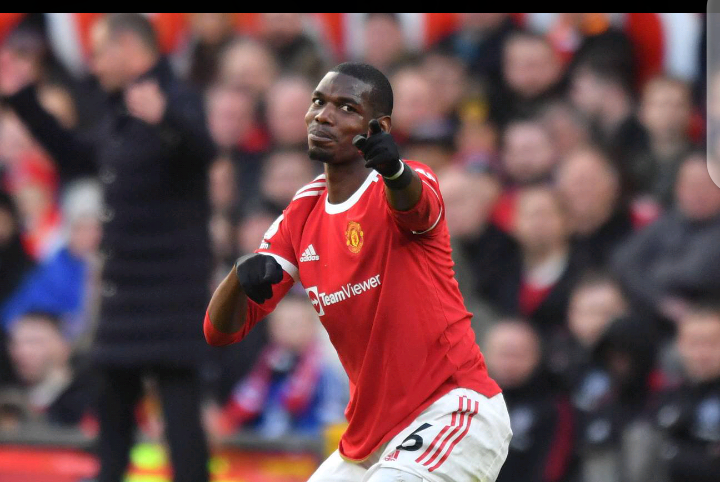 Pogba, who cost £89 million and was recently jeered by fans during a 3-2 win against Norwich, is wanted out by 91 percent of fans.

Nemanja Matic has already confirmed his departure, which will be welcomed by 94% of his fans. Andreas Pereira (87%) and Anthony Martial (86%) are both no longer wanted loanees, while academy product Brandon Williams (47.6%) is less in demand. 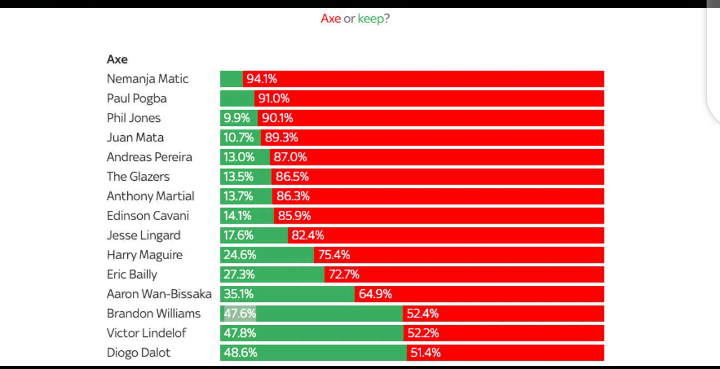 Another remarkable but not entirely unexpected result of the poll is that 85 percent of respondents want the club's much-maligned Glazer family to go after 17 years as owners. 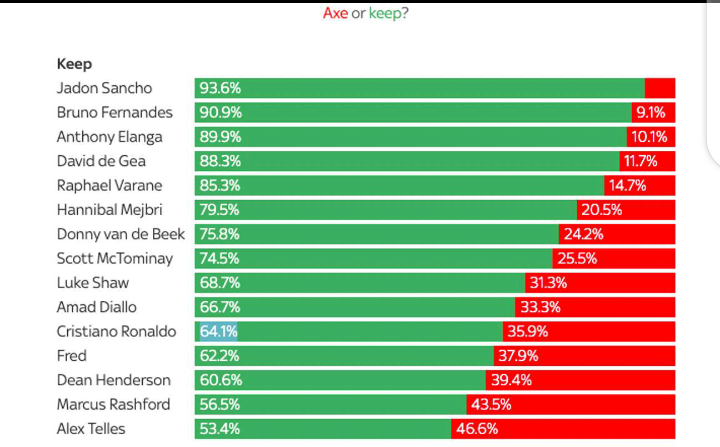 Cristiano Ronaldo, United's talisman and leading goalscorer, had 64.1 percent of fans wanting him to return for a second season, while 56.5 percent wanted Marcus Rashford to stay.