How much did Richards Bay FC get for winning the GladAfrica Cup? 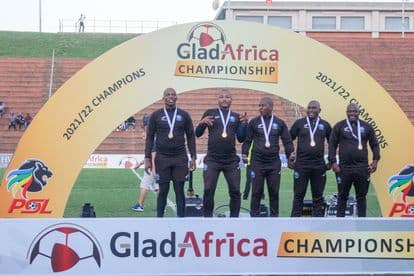 How much did Richards Bay FC get for winning the GladAfrica Cup?

The Natal Rich Boyz will compete in the DStv Premiership next season, bringing the total number of clubs from KwaZulu-Natal in the top division to five.

The KwaZulu-Natal province will have FIVE teams competing in South Africa's premier division next season.

RICHARDS BAY FC RECEIVED HOW MUCH FOR WINNING THE GLADAFRICA CHAMPIONSHIP?

Richads Bay FC not only gained promotion to the DStv Premiership after finishing first in the GladAfrica Championship log with 54 points from 30 league games.

In addition, they received a trophy, gold medals, and an R3 million check for their achievements throughout the season.

Second-placed AmaTuks won R2 million and have an opportunity to return to top-flight football in the playoffs, where they will face Cape Town All Stars.

After 30 games, the Cape Town All Stars finished third in the rankings, earning an R1 million prize for finishing in the top three.